What Do You Really Mean When You Call Someone a Narcissist? 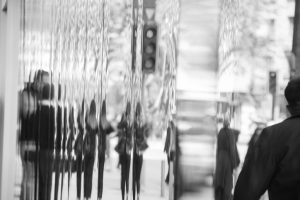 “Narcissism.” This word is tossed around easily these days. Because people hear it so often, they tend to think they know what it means. This is often what happens when a clinical term enters the vernacular. But take a minute. What is your understanding of the word? Now ask three others the same question. I will bet you end up with four different answers.

Think about conversational use of “psychopath,” “sociopath,” “bipolar“, “OCD“, or “autistic,” to mention a few more. Two of those words have no clinical meaning at all, and the others are not likely to be understood accurately by anyone outside the health professions. Again, definitions likely vary from person to person.

So why is their use so pervasive?

To use a word is to align with a group that agrees tacitly upon its definition: to join the group of people who believe they understand the innuendo of its colloquial usage. You call someone a psychopath, for example, and you believe that others are likely to think you at least mean the person acts without regard to the welfare of others, often in a criminal manner. That’s just a sliver of the actual components of antisocial personality, the real clinical term that describes what people think they are saying with “psychopath,” but no matter. The word “psychopath” is unlikely to fall from the American lexicon anytime soon. The same goes for the slippery common usage of the other terms mentioned above.

It is also a way to use shorthand to describe more complex thoughts. Speaking in buzz words such as “psychopath” or “narcissist” is to speak with semaphores, abstractions. You assume meaning is implied. Remember, for example, that people visualize different shades of color when you say “red” or “blue.” That’s why we say “crimson,” “scarlet,” “vermillion,” “azure,” “cerulean,” or “sky.” We try to be specific when we describe color in order to communicate accurately. Why not be as specific as possible when describing your own reactions?

Another possible reason for using terms like these is because it might seem more educated to call someone a psychopath rather than a thoughtless and selfish bully. If you really understand something well, however, you are able to explain it to a child. Using impressive words sometimes masks insecurities, and it can also be an unconscious attempt to deflect attention from otherwise vague understanding.

It is not just the language of mental health that gets eviscerated and co-opted in this manner. People often claim that something begs the question, for example, which is a term borrowed from formal logic. (To “beg the question” means to “assume something you’re trying to prove,” instead of proving it. It doesn’t mean forcing the question.)

People say someone is “libel” when they mean responsible, which no doubt makes lawyers cringe. And you hear climate change disparaged as “just a theory,” a dismissal that demonstrates a miscomprehension of the scientific method.

It is difficult to look at any news source without stumbling upon a discussion of the supposed narcissism of Donald Trump. Is it inaccurate to use this word when talking about the Republican candidate for presidency of the United States? His behavior suggests there is a reason the word “narcissist” seems to be everywhere these days. I suggest there are better, more specific words that would describe it with undeniable precision. No diagnosis is required to speak about him in meaningful terms.

When you hear Trump speak, what do you feel? What do you think? When you watch his posture and gestures, what is your reaction? What thoughts does his presentation evoke from you? This is interesting stuff. This is what your friends want to know about you. By providing it, you give them permission to go deeper in their own comments and articulate their own personal responses with greater discernment.

Anyone can apply insight to watching Donald Trump and describe his manner, behavior, and persistent views with knife-like accuracy. Borrowing clinical terms actually dilutes this accuracy. Go for articulating your opinion in your own meaningful language instead.

The Goldwater rule is the colloquial name of an aspect of medical ethics that the American Psychiatric Association developed after certain psychiatrists put forward their purported psychological evaluations of Barry Goldwater, the Republican candidate for the presidency in 1964. These psychiatrists claimed that because of his mental status, he was not fit to be president. He sued for libel and won.

APA ethics have since required diagnoses to be made only when someone is a patient or client, rather than based upon observations of someone in the public eye. This makes many mental health professionals duly wary about making public declarations.

It is certainly worth examining our daily language for hollow words such as “narcissist.” For example, is it really so bad to say “selfish”? Or to describe the way a person’s behavior hurt you or damaged someone else? Speaking your own truth is more powerful than any borrowed term could ever be.

It is clear that times have changed since 1964, when America had three television channels. Today, we have access to so much information about public figures that it is possible to get a profound sense of who a person is without actually having met. In fact, with the current Republican candidate for president, it is likely that mental health professionals know more about him than they know about the interactions and lives of some of the people they meet with in their offices.

So what does this mean with regard to the term “narcissism”?

First of all, there really is a clinical diagnosis called narcissistic personality disorder. Like the other personality issues, it is descriptive of pervasively distressing characteristics which impede an individual’s ability to live a fulfilling and healthy life. Such a diagnosis can be devastating, whether accepted by an individual or denied. It is a difficult path to change. Emotional wreckage lies in the wake of such persons over the course of their lives.

For clinicians who wonder about Trump, for example, there is no shortage of conversation among peers. There is plenty of material to discuss. Whether the APA Goldwater rule should be reviewed seems a fair question, considering so much accurate personal information is available. We can watch people we don’t know personally speak and interact in public. Still, most mental health professionals remain reticent about going public with their thoughts on this subject.

It is certainly worth examining our daily language for hollow words such as “narcissist.” For example, is it really so bad to say “selfish“? Or to describe the way a person’s behavior hurt you or damaged someone else? Speaking your own truth is more powerful than any borrowed term could ever be. Also, your well-considered personal statements convey more information than a word that each person is likely to interpret in a different way. The more code words, such as “narcissist,” we add to our speech, the less likely we are to be fully understood.

The mitigating fact for psychotherapists and other mental health professionals is always this: we can never truly know all that goes on inside the mind and life of another person. We study and train for years and then pass licensure examinations in order to have the privilege of offering what we hope are helpful observations to the people who come to us for help. Good psychotherapists live in deep humility, aware of the great gift of trust placed in them by people in distress.

If we refrain from making cavalier diagnoses, might it not be prudent also for nonprofessionals to consider doing the same? And if the goal of communication is to convey thoughts and feelings and observations to another person as fully as possible, why not go for the accuracy that your own personal vocabulary is able to provide? Describe. Explain. No diagnostic language is necessary. Most people would better understand your own definition of bullying and your views about a person who bullies than they would your description of the same person as “narcissistic.”