We Need to Talk about Domestic Violence in Our Communities 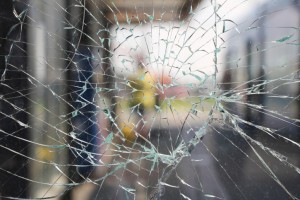 October is Domestic Violence Awareness Month. The more we talk about domestic violence, the more likely it becomes that we build awareness, identify abusive behaviors, and take action to prevent harm to people in our communities who may be family, friends, neighbors, or coworkers.

So let’s talk about it.

Domestic violence is not a “relationship problem” or a “rough patch” in a relationship. It is ongoing. It is a pattern of behavior that tends to begin with something seemingly minor, which then escalates over time and becomes increasingly dangerous in nature.

Domestic violence exists in various forms, but the common thread among them is the aim to maintain power and control. Abuse may take the form of physical, sexual, emotional, financial, spiritual, or stalking.

Technological abuse is becoming increasingly common as well. Technological abuse may include the abusive person posting pictures online of the victim or sending threats via text message or email. According to the National Coalition Against Domestic Violence, a woman is assaulted or beaten every nine seconds in the United States. The Coalition also reports that one in three women and one in four men is physically abused by an intimate partner, with the most common occurrence of domestic violence victimization found in women between the ages of 18 and 24.

Abuse can have a variety of effects on the victim, children in the home, and on the community. Long-term effects of abuse on the victim differ from one person to another and may include flashbacks, panic attacks, anxiety, trouble sleeping, broken bones, head trauma, low self-esteem, eating disorders, depression, suicide ideation, and chronic pain.

According to the National Coalition Against Domestic Violence, a woman is assaulted or beaten every nine seconds in the United States.

Children who are exposed to domestic violence also respond in different ways and may show symptoms that vary by age. Infants may be easily irritated, difficult to soothe, and exhibit continuous fussiness or crying. Toddlers may use profanity, have frequent nightmares, show meanness toward others, or seem to not know how to play. Some children may bully other children, earn low grades, be unable to complete homework or other tasks, show an inability to follow directions, or even show regressive behaviors such as thumb sucking or bed-wetting.

Teens who witness or experience violence in the home may show aggressive or violent behavior toward others, develop depression or anxiety, isolate, or engage in self-destructive behavior. They may also engage in obsessive-compulsive behaviors or appear to be overachieving and perfectionistic.

Domestic violence also impacts the community as a public health problem. It reduces productivity in the workplace. Many victims miss work because of abuse-related injuries or because of fear that the person abusing them will know where to find them. Victimization is also associated with costs for hospital care, emergency room visits, physician care, dental care, ambulance transport, physical therapy, and mental health care. The Centers for Disease Control and Prevention estimates that the total health care cost associated with domestic violence each year is nearly $4.1 billion.

A recent online campaign known as #WhyIStayed became popular among domestic violence survivors following a widely publicized incident involving then-NFL player Ray Rice knocking his then-fiancée (now wife) unconscious in an elevator. Instead of focusing on why someone would hit a partner, many in the media and on the Internet asked, “Why would she stay with someone who abuses her?” Survivors took to social media to share their stories about what kept them in abusive relationships.

People may have many reasons for staying with an abusive partner, including:

The moment a survivor decides to leave an abusive partner is often the most dangerous point. By deciding to leave, survivors are essentially making an effort to remove themselves from the control of their partners. When the abusive person recognizes that his or her partner is trying to leave, he or she may behave in dangerous ways to maintain their control, such as threatening suicide or by displaying or using weapons.

Whether a person decides to leave or stay with an abusive person, precautions can be taken to minimize risk and maximize safety. Packing an emergency bag with important items can help if someone needs to get away from an abusive situation quickly. The bag should be kept with a trusted person, such as a close friend or relative, and should include copies of important documents such as protection orders, bank account information, cash, extra keys, medication, and copies of birth certificates. If you’re not in an abusive situation but suspect someone you know is, you may offer to keep an emergency bag ready for when the timing is safe and without the abusive person present.

Domestic violence often involves isolating victims from friends and family, so seeking support can be difficult. When the timing is right, seek out, or help someone seek out, assistance from local domestic violence agencies or access other help, such as counseling or legal aid. Agency workers and providers can offer options, help you explore choices, create a safety plan, and help survivors feel a sense of connection by providing support.