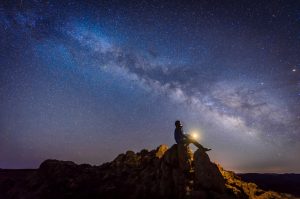 Self-guided positive visualization techniques can combat negative thoughts, potentially changing the way the brain functions, according to a study published in the journal Frontiers in Human Neuroscience. Sensory memories, including images, of negative events figure prominently in conditions such as posttraumatic stress. Negative emotions accompanied by images may also feel more troubling than those not accompanied by such images, pointing to a role for imagery in mood.

The study included 24 female and six male volunteers ages 20-55 years old, with an average age of 35. Each underwent a psychological assessment at the beginning of the study. Participants did not take any medications and had no formal mental health diagnoses, though some had subclinical depression symptoms. None of the participants had any experience in meditation or mindfulness techniques.

The study began with a two-day seminar that included group training and at-home practice in guided imagery techniques. The techniques were designed to help participants manage previous trauma, achieve goals, improve social interactions, and support daily mental health. For example, to aid with goal achievement, a participant might visualize the detailed steps of the goal, followed by imagery of achieving the goal.

Participants continued home training in the techniques for 12 weeks and then participated in another two-day seminar. Researchers performed psychological assessments and electroencephalogram (EEG) brain scans at the end of the study.

After mastering the visualization techniques, participants had fewer depression symptoms and better overall mental health. EEG data showed significant changes in the brain’s right medial prefrontal cortex. This brain region is linked to life satisfaction and visualizing positive emotions. Participants’ brains also showed increased connectivity in the temporal lobe of both brain hemispheres. This suggests the neurotransmitter gamma-aminobutyric acid (GABA) might have increased. GABA is linked to reductions in anxiety and depression.

The study’s authors say further research is likely to focus on how self-guided positive imagery affects cognitive function in healthy people. For those with mild depression symptoms, this approach could be beneficial.