Video Games Linked to Improved Academics, and Other News 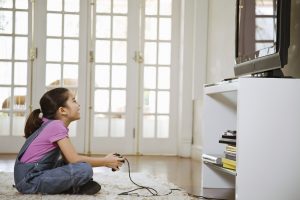 Children who play online video games often outperform other children on math, science, and reading tests, according to a study published in the International Journal of Communication. Researchers compared data on more than 12,000 Australian students, and found that students who played video games almost every day outperformed other students by an average of 15 points on math and reading tests and 17 points on science tests.

The debate over the effects of video games on children is ongoing and often contentious. In 2015, the American Psychological Association issued an opinion linking violent video games to increased violent behavior. Another 2015 study undermined this opinion, finding no direct link between violence and video games. Other research has pointed to benefits associated with parents and children playing video games together, and to the power of video games to help children on the autism spectrum.

Research Suggests Being Lazy Is a Sign of High Intelligence

According to a new study, people with a higher Intelligence Quotient (IQ) might spend more time in thought, creating the illusion of laziness. People who do not spend as much time in thought may get bored more easily and feel the need to fill their time with physical activity. Regardless of intelligence level, the researchers suggest less active people should work to become more active, as increased physical activity can contribute to better health.

Got a Picky Eater? Toddlers Form Food Preferences Based on Social Cues

A new study suggests toddlers’ social identities may color their food preferences. They are highly sensitive to signals from trusted people that foods are bad or dangerous, and they expect people in their social group to like the same foods they like. Because of these findings, researchers suggest social aspects of eating and food should be included in campaigns to get kids to eat healthier food.

An Alternative Form of Mental Health Care Gains a Foothold

Inadequate access to quality mental health care and doubts about psychiatry’s effectiveness have encouraged some people with mental health diagnoses to pursue alternative care options, including group support. At one group, the Hearing Voices Network, members directly address the voices in other members’ heads. In a world where more than three-quarters of people prescribed medication for psychosis stop taking the drugs due to side effects, these alternative strategies may provide some relief.

According to a study that looked at 5,000 households in Great Britain, people who volunteer past the age of 40 have better overall well-being than those who did not volunteer. Researchers found no such association prior to middle age. Women were more likely than men to volunteer, and 21% of all respondents reported volunteering.

According to a study of 2,767 married couples older than 50, couples who drink together might also be more likely to stay together. Even just a single drink a year increased positive feelings about the marriage, but when wives drank and husbands did not, couples reported more negative feelings about their relationship.

People who read books may live as much as two years longer than those who do not, according to a study of 3,635 people older than 50. Reading books for as long as 3.5 hours each week correlated with a 17% reduction in risk of death over the following 12 years, while reading for more than 3.5 hours per week was associated with a 23% reduction in the risk of death. The researchers did not explore how reading books could prolong life, but they speculate it might have something to do with cognitive benefits associated with frequent reading.