Victim Blaming: Why We Turn on Trayvon Martin and Other Innocent Victims 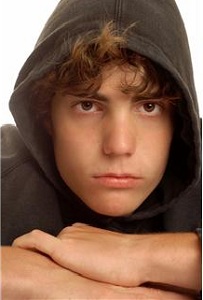 The shooting of 17-year-old Trayvon Martin in a small Florida town has sparked a national outrage and inspired discussions about racism, fear of the unknown, and the risk of overzealous neighborhood watches. In the onslaught of sympathy and outrage, however, a disturbing trend of labeling Trayvon as somehow deserving of being shot has also occurred. This practice is known as victim blaming and is common when a member of a historically disenfranchised minority— such as women, people of color, or the disabled—is harmed. Psychologists have studied this behavior and can offer us several explanations of its cause.

Establishing Moral High Ground
No matter how much we might want to pretend otherwise, we live in a society in which various forms of oppression still exist. Although most experts agree that we are slowly making progress, women and people of color still make less money than white men, people of color are disproportionately arrested and incarcerated, and the sexual assault rate hovers around 25% of the female population. Members of nonmarginalized groups are frequently able to ignore these statistics or write them off as a product of personal failings. A white person might, for example, say that black people are arrested at disproportionate rates because of something dysfunctional about black culture.

But when a black teen is shot for no reason and all evidence points to some form of racial bias in the failure to arrest the shooter, these justifications for oppression go out the window. And this is where victim blaming comes in. It’s easy to write  victim blaming off as a form of oppression and racism—and, indeed, it is—but there’s much more at work here. We all want to believe we live in a just society, and members of privileged groups are no exception. Perhaps equally important, privileged members of society want to believe that they don’t benefit from oppression and that they aren’t participants in an unfairly biased system. Victim blaming enables them to do this by shifting the cause of the crime to something the victim did.

Protecting Oneself
There’s an unfortunate joke among criminal prosecutors that if you want to get a conviction in a rape case, pick a jury with all men. This is a gross exaggeration of the facts, but there’s always some degree of truth in jokes. Members of oppressed groups are not immune to victim blaming and, in fact, they are psychologically primed to participate in it. A person of color might know that they’re facing an unequal playing field but want to believe that, if they do everything right, they’ll never face discrimination.  Victim blaming allows them to shift blame to something other than discrimination. This, in turn, allows them to feel like nothing bad will ever happen to them. This practice is especially common with rape. Women who encounter rape victims often look to the victim’s behavior to find something the victim did—drinking too much, a short skirt, a flirtatious attitude, being in the wrong part of town—that contributed to the rape. They are then able to believe that, if they just avoid this same action, they’ll never be raped themselves.

How to Avoid Victim Blaming
Victim blaming is extremely harmful to victims, especially when victims seek help for dealing with trauma. Rape victims, for example, often feel that their experience in the criminal justice system and the blame that is attached to them is worse than the rape itself. Blaming victims also damages society as a whole because it provides an easy excuse for large-scale social wrongs. So what can you do to avoid blaming the victim? The first step is to focus on why you are trying to find an explanation and why this particular crime warrants an explanation. Then ask yourself if the explanation really justified the crime. We all know, for example, that even if Trayvon Martin smoked pot and was expelled from school—even, in fact, if Trayvon Martin was a horrible person, which by all accounts he was not—this did not warrant the death penalty. If the explanation you’re constructing doesn’t truly justify the crime, odds are good you’re participating in victim blaming.

Perhaps most importantly, focus on empathizing with the victim rather than the perpetrator. This is an excellent strategy for all forms of human suffering, not just those based on oppression. However, it is easier to relate to the perpetrator when the victim is a minority member, and consciously focusing on empathy can help you eliminate this unfortunate bias.

Related articles:
The Police Officer’s Dilemma: Can Your Finger Be Racist?