Is it Verbal Abuse? 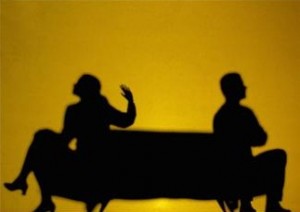 There are ways of handling things that just shoot you in the foot, and then there are ways that have the other person willingly and happily eating out of your hand. Which would you rather it was?

In this article, I’ve taken extensive material from the web, from books, from years of my own research, and from my site and consolidated it into a ten-point scale, with 1 being the least aggressive and 10 being unquestionably abusive. Each value on the scale is a template for an abusive type of statement. I hope you find the scale to be helpful.

No matter where you are on the scale of verbal abuse, there is a possibility of correction. You may not believe that right now, but I’ve seen it. Identifying verbal abuse is the first step in healing and changing. The second step, of course, is getting the help to make those changes.

Related Articles:
Falling in Love Again with Someone who Hurt You
What Can Couples Do When They Don’t Speak the Same Language?
Embrace Conflict as a Path to Deeper Connection