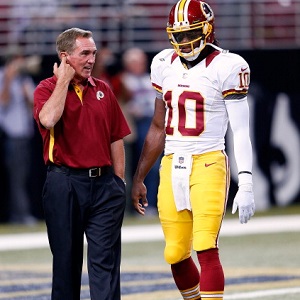 A panel of U.S. Patent and Trademark Office judges has canceled the trademark for the Redskins, a Washington D.C. football team. The team has held trademarks on the name since the 1970s, but a group of five Native Americans contested the trademark, asserting that it is degrading and dehumanizing. The panel concurred, and if the team does not appeal the decision, it will no longer own the trademark to the team’s name.

The U.S. Patent and Trademark Office (USPTO) is the primary arbiter of trademarks in the United States. On March 7, 2013, it conducted a hearing on the status of the Redskins’ team trademark. The Redskins asserted that the name did not necessarily denote Native Americans and that the term was not offensive.

In its 177-page ruling, though, the USPTO panel explained, “…the evidence overwhelmingly supports a determination that the term REDSKINS as it appears in the mark retains the meaning Native Americans.” To support this conclusion, the panel cited numerous fans dressed in “Indian” garb and references to Native Americans in the team’s logo.

The panel was then left to determine whether the term redskin is an offensive slur. The panel notes expert testimony from several linguists about the derogatory nature of the term, dictionary definitions suggesting redskin is a racist slur, a resolution by the National Congress of American Indians labeling the term a racist one, as well as other evidence, including a history of the term being used as a racist slur in anti-Native American media reports. From this evidence, the panel concluded that the term both referred to Native Americans and is derogatory, and revoked the trademark.

Does the Team Have to Change Its Name?

A trademark protects a company or individual’s right to use a unique name or logo, and to prevent others from using the trademark. The revocation of the Redkins’ trademark does not mean the team has to change its name. Instead, it means the team can no longer profit from trademarked merchandise and will be unable to prevent third parties from using the term for profit. According to the USPTO, the team may still have the common law right to protect its trademark. The team still has the option to appeal the ruling to cancel its trademark.