Finding Hope in a World Filled with Senselessness 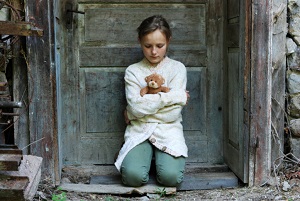 The senseless violence of exploding bombs at the Boston Marathon have left countless lives forever changed. Sadly, this is not the first tragic act our country collectively has faced, and it will surely not be the last. From school shootings to child abuse, from war to desperate poverty, suffering abounds. It’s easy to wonder how anyone can avoid being depressed in a world filled with bad news. Indeed, some philosophers and mental health professionals endorse this perspective, advocating for depressive realism by emphasizing that the world is a depressing place and that it would be lunacy to not be depressed.

Depression is not, however, an ideal way of life for anyone. If you’re silently ruminating on the suffering all around you, you won’t be equipped to do anything about it. Depression can breed more suffering, both in yourself and in those around you, and it is possible to find hope even in a world filled with tragedy.

Find the Helpers
Fred Rogers, the creator of Mr. Rogers’ Neighborhood, dedicated his life to easing children’s fears and giving parents warm, commonsense advice. His recommendation to “Look for the helpers” is a social networking staple during times of national crisis. Rogers says he learned from his mother that there are always people rushing in to help victims after tragedies of all varieties, and that focusing on these helpers rather than the few people who try to do harm can be a powerful antidote to fear and depression.

Appreciate What You Have
Take a few moments to focus on what you have, rather than fixating on what has been taken from others. Terrorist attacks, mass shootings, and natural disasters can serve as powerful reminders to avoid taking life and the people who make it worth living for granted. Instead of stewing over the sadness of the news alone, do something with someone you love, or call a long lost friend or family member.

Turn Off the News
It’s easy to become so emotionally involved in a tragic story that you’re willing to watch the news for hours, hoping to find an answer. But rest assured: no matter how much – or how little – information the media gives, you will not find an explanation for a national horror on any news show. The most you can hope for is a little more information about an attacker, but no amount of information is going to make sense of a senseless tragedy. While it’s important to be informed, it’s even more important to protect your own mental health, and watching repeated footage of suffering people or terrifying attacks will most likely perpetuate fear and depression.

Help Someone
If you find yourself becoming depressed because of a national tragedy, you might feel like your sadness is a result of fixating on the victims. But depression is a solitary, isolating phenomenon, and focusing on helping other people is one of the best ways to snap out of it. Volunteering, donating money, or simply giving a ride to a person in need can play a direct role in counteracting the tragic consequences of a gruesome crime or national tragedy. You’ll also be reminded that each of us has the power to make the world a little bit better, and this can serve as a powerful antidote to despair.