To Manage Your Child’s Behavior, Find the Triggering Emotion 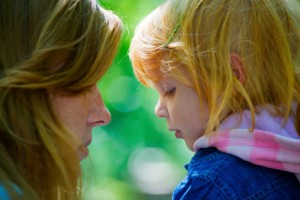 The refrain is familiar. Frazzled parents enter my office and are at a loss as to how to handle the intense emotions of their child. “He goes from zero to 60 in no time flat,” they report. Sometimes the child is lashing out in anger, sometimes he or she is overcome with sadness. The overall effect is that the parents are left confused about how to help the child put on the brakes when emotions take control.

Let’s look at a case of a child we’ll call Justin (not his real name). Justin, a third-grade student, has always had trouble managing intense anger. He often loses his temper with his younger brother, resorting to screaming, hitting, or saying very mean things (i.e. “I hope you die!”). He sometimes makes hissing noises at his parents when he becomes so angry that he can’t express his feelings in words. Other times, he attempts to escape the situation by leaving the house or hiding.

Justin’s parents never know exactly what will set him off, so they find themselves walking on eggshells in their own home. The types of events that may trigger an emotional reaction for Justin are often minor and seem out of proportion. Chores, homework, and other daily activities can ruin an entire day, and the family sometimes feels compelled to leave social events due to his behavior.

His parents simply want Justin to be resilient enough to handle the obstacles he faces in his daily life. They know his behavior has, at times, impacted his peer relationships, and although Justin desires more friendships, he has a difficult time establishing and maintaining them because of his anger outbursts.

When Justin comes to counseling sessions, we spend a lot of time exploring these events and searching for more appropriate coping skills. As Justin has progressed through counseling, he has made strides to recognize that his intense emotional reactions are causing more problems than they are solving. We work on relaxation and realistic reframing of negative thoughts to help get through these events.

As we worked through these types of experiences, a pattern began to emerge that I have frequently seen with others.

Finding the first emotion is a skill that is beneficial for both children and adults. Parents can help to coach their children through this process as well.

When Justin had an angry outburst because he was going to have to share his post-baseball game ice cream with his brother, he was already in a poor mood because his team had lost the game and he had struck out. Was this outburst really about having to share his ice cream?

After having a tantrum at home because he would not be allowed to play with his neighborhood friend due to other family commitments that day, his teacher sent an email sharing that Justin had been upset at school about an argument with that friend. Was the meltdown related to the fact the family had other plans and he wasn’t getting his way?

Being asked to put his homework away after spending over an hour on a writing assignment caused a major incident with books being thrown, name-calling, and Justin being carried to his room because he was unable to calm himself. Was the incident caused by being asked to transition from homework to dinner time?

In each of these situations, there was a preceding event that triggered some uncomfortable emotions in Justin. He felt embarrassed by his performance during the baseball game; he was worried about the impact of the argument with his friend; and he was frustrated by the writing assignment that he felt had to be “just right.” It is easy to mistake the reaction as the stubborn response of an obstinate child.

By working with Justin to trace back the events to the true trigger, it became clear that he experiences uncomfortable emotions and struggles to verbalize them and process them independently. This results the discomfort building and eventually exploding as anger, directed at anybody who may be nearby. Through therapy, Justin continues to work on identifying the first uncomfortable emotion and finding ways to reduce the resulting anxiety before it builds to the point that he acts out in anger.