Therapy Should Be First Treatment for ADHD, and Other News 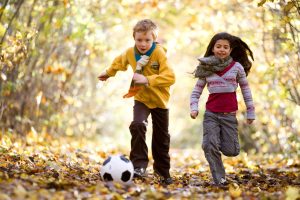 According to the latest U.S. Centers for Disease Control and Prevention (CDC) Vital Signs report, about 75% of children with attention-deficit hyperactivity (ADHD) receive medication, but just half receive therapy. The CDC urges providers and parents to refer more children to behavior therapy before using stimulant drugs.

According to the report, behavior therapy can help parents and children to more effectively cope with ADHD, regardless of whether the child also takes prescription drugs. Prescription stimulants can have many side effects, so the CDC recommends that clinicians carefully weigh the risks and benefits before using pharmaceutical treatments.

The report also encourages providers to use guidelines published by the American Academy of Pediatrics to diagnose ADHD. Those guidelines include recommendations such as using treatment criteria published in the Diagnostic and Statistical Manual, ruling out other potential causes of symptoms, and following age-appropriate treatment protocols.

U.S. Death Rate Rises, But Health Officials Aren’t Sure Why

For the first time in years, the U.S. death rate has risen—from 723 deaths per 100,000 in 2014 to 730 deaths per 100,000 in 2015. Parkinson’s, Alzheimer’s, respiratory infections, liver disease, drug overdose, and suicide are some of the causes of death identified in a report on the death rate increase from the National Center for Health Statistics.

A small trial of 45 brain cancer patients discovered a virus targeting tumors may double survival times. Participants experienced no dangerous side effects associated with the virus, but more research is necessary to determine if the virus could become an appropriate treatment for more cancer patients.

More and More Research Shows Friends Are Good for Your Health

Several studies have established a connection between loneliness and serious health issues. In a 2010 meta-analysis of 308,000 people that looked at 148 previous studies, researchers found a strong correlation between more social connections and better health. Some studies have even found that few friendships can be as bad for physical health as obesity.

According to a study of educated Midwestern moms—most of whom were married and held full-time jobs—certain personality traits increase the likelihood that a mother will frequently post to social media. Perfectionist mothers and those who seek validation for their parenting tend to post more often, and they report a stronger emotional connection to the comments they receive.

The Psychology of Living in Small Spaces

Tiny houses are becoming more popular, and many people tend to romanticize the miniature lifestyle, but researchers do not yet know how living in such small spaces affects well-being. Small, cramped quarters may have negative psychological effects. However, research on such cramped quarters primarily relies on desolate urban living environments, so the effects may not apply to all small houses.