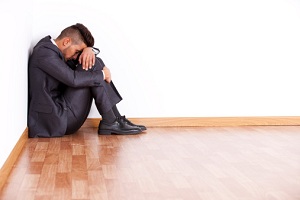 This article is Part II of a three-part series. Part I defined shame and how it affects caregivers. Shame is defined as a deeply disturbing or painful feeling of guilt, incompetence, indecency, or blame-worthiness.

Shame and the Human Nervous System
It is clear that shame interferes with interpersonal relatedness. Summarized here by Inge Mula Myllerup, Stephen Porges explains that humans and other mammals have three levels of nervous system activation.

Depending on the psychological resourcefulness of the person, the experience of feeling shame may take them directly to the most primal nervous system response—the freeze response. This level and intensity of shame may be perceived as a threat to Self and thus to survival. When in freeze response, it is impossible to connect and resource. When helping someone return to social engagement, it is useful to bridge through the three levels of nervous system activation. This means first helping the person activate by moving their arms and legs and turning their head to reorient, and then helping them get back into social engagement through touch, sound, and eye contact.

Recognizing Shame
Common experiential descriptions in response to shame include:

Try this experiment: Turn your awareness inside. Now invite your unconscious to offer you a not-so-charged memory of a time when you felt shame. Tune in to your felt sense—your body, spirit, mind, sensations, posture…Stay only long enough (less than a minute) to notice your experience. Literally shake this memory off before you return to reading this article. How does the above list compare to your experience? Is there anything you would add?

Common Effects of Shame
Common behavioral effects of shame include:

Once again, check this list with your personal experience and that of others. Is there anything you would add?

The Four Most Potent Effects

These four are particularly potent because they tend to be a surprise. In addition, feeling isolated, without resources, and unable to reality check whether you have been harmed or caused harm are experiences that themselves tend to feel shameful, thus adding shame to shame. Understanding these particular effects that automatically accompany shame has been particularly useful for me and for my clients and friends to help reduce the severity of the shame experience. For example: a client might say, “I’m feeling isolated and hopeless. Those are shame effects. They are not ME.”

Kinds of Shame
The feeling of irredeemable disgrace has many dimensions to be aware of. Some, as named by Robert Karen, and augmented by Cedar Barstow, are as follows:

In all forms of shame, people flash back to the core shame experience of irreparable disgrace, badness, or unlovability. The immediate loss of connection, resources, and self-esteem make shame a very dramatic and disempowering emotion.

Responses to Shame
Our individual shame responses are scripts that have evolved over time to meet uncomfortable feelings, says Donald L. Nathanson in his book, Shame and Pride. He identifies four types of response on two axes: time and space.

The time axis has its extremes: withdrawal (a quick, sudden disconnection) and avoidance (slow, distracting behavior that takes one away from the situation). The spatial axis redefines relationships and moves between attack self (control the discomfort by taking control of the resultant bad feelings) and attack other (make someone else responsible). This range of responses explains the variety of strategies used by caregivers when they are operating from shame.

The four responses are:

Brief History of Shame
In medieval Europe, shame was the primary force used to tame and control behavior. According to the research of Johan Huizinga, “The average European town dweller was wildly erratic and inconsistent, murderously violent when enraged, easily plunged into guilt, tears and pleas for forgiveness, and bursting with physical and psychological eccentricities.” Robert Karen adds, “Situational shame spread rapidly, taming and civilizing the medieval passions, as a freer, more mobile society demanded that people be able to demonstrate to the world of strangers that they had their sexual and aggressive impulses on a leash.”

In modern times, shame is no longer the sole force around which inner controls are taught and organized. Caregivers are especially motivated by empathy, altruism, spirituality, or social responsibility. These motivators are more effective because they avoid the disconnect and loss of self-esteem that accompanies shame. Tragically, many lawsuits, prison systems, interrogation processes, parenting techniques, and educational methods still use shaming for behavior control and motivation for being good, despite demonstrations of shame’s ineffectiveness for control and motivation.

There is ongoing dialogue about whether experiencing shame in response to deeply inappropriate or harmful behavior has intrinsic benefit, or whether shame has no benefit at all. Augsburger says, “Shame is bipolar; it both separates and presses for reunion; it is an impulse to conceal and a yearning to be accepted; it is responsibility to others and personal recognition of a need to respond in more acceptable ways.”

Those who feel that shame has no value focus instead on the extreme effects of shame—disconnection, sense of irreparable disgrace, and inability to reality check. Those who feel that shame has intrinsic value focus on the other side of the polarity—the desire for reconnection and self-correction. They feel that the extreme emotional intensity of shame is required for necessary behavioral changes. Dr. Joyce Brothers refers to “good shame” as shame that “gives you new insight about yourself, encourages you to make improvements, expands your value system, makes you more sensitive to others, and makes you want to elevate the culture around you.”

Regardless of your point of view, the positive effects described cannot take place until the shame is deactivated.

Part III of this series explores deactivating shame and working with shame personally and with clients.

This series is adapted from Right Use of Power: The Heart of Ethics.

© Copyright 2010 by Cedar Barstow. All Rights Reserved. Permission to publish granted to GoodTherapy.org.