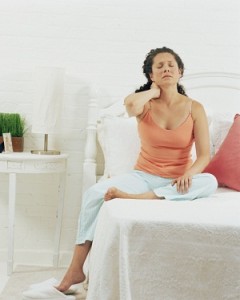 People who have been exposed to a traumatic experience know all too well that severe stress has a significant impact on the body. Unfortunately, many people do not know that this physical reaction is normal and to be expected, which leads many survivors to conclude that they are falling apart or permanently damaged. Therefore, increasing your understanding of the physical impact that extreme stress has is vital to one’s healing from a traumatic experience.

The brain receives information about the status of the world through your five senses and receives information about the status of your internal world i.e. what is going on inside your body through various nerves. All of this information travels through our spine into our brain. Once this information reaches the brain the first stop is a “danger detection center” which determines whether the incoming information indicates that there is a danger or threat. If the danger detection center perceives that there is a danger or threat then it sets off a series of alarms, which lead the body to begin preparations to protect itself.

When it comes to protection the body can fight, flee, or freeze. Key physical changes allow the body to engage in one of these protective moves. Some of these changes are: an increase in the rate of breathing, a faster heart rate, higher blood pressure, the funneling of blood to your running/fighting muscles, increased muscle tension, pupil dilation, an increase in sweat, increased pain tolerance, and finally a bolstering of your immune system.

Once the danger detection center receives information that the threat has departed or been sufficiently diminished, then the body’s relaxation processes kick into gear and halt or reverse the bodily changes that prepared for protection. This relaxation process takes roughly three minutes to return the body to a calmer, more balanced state of being.

So what goes wrong during a traumatic experience? Well, the answer is both nothing and everything. It is not that something goes awry with the stress response it is just that the stress response lasts for too long or is triggered too often. This prolonged or too intense exposure to the stress response is what causes damage. Specifically, damage occurs with the creation of memories, the formation of emotions and with the immune system.

With regard to memory, severe stress increases some and decreases other elements of memory. The creation of visual memories or mental images is increased, leading to a sense of re-watching the event over and over. This increase in visual memory also leads to flashbacks and dreams of the traumatic event. The emotional and sensory aspects of memory are also increased. All the while there is a decrease in the sense of time and the inclusion of words into the memory, meaning that it is common not to remember how long the traumatic event lasted but remember the terror that was felt during the event and logistical details as well – colors, makes, and models.

This absence of a sense of time leads to disorganized, non chronological, and fragmented memories which are often incomprehensible. Layered onto this is the fact that these memories lack accompanying words making it difficult or even impossible to talk or write about the experience leaving the survivor with a sense of “speechless terror”.

Not only are the emotional aspects of a memory strengthened during exposure to excessive stress but the management and formation of emotions in general is negatively impacted. This is because the brain chemicals which enable one to calm and regulate emotions become depleted. While these chemicals become depleted, the parts of the brain that create emotions become more active, meaning that one experiences more emotions more often and it is more difficult to reduce the emotion’s magnitude. This leads to an increased state of emotional distress, which the danger detection center interprets as a threat, thereby preventing the body’s stress response from fully turning off.

Even though the impact of overexposure to the body’s stress response creates and causes significant as well as potentially long-lasting negative consequences, it is possible to recalibrate this response so that minor threats remain minor and do not trigger the body’s protection reaction.