Shame as an Ethics Issue – Part I 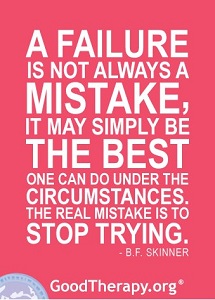 “Awareness of shame is one of the last great secrets, and it’s not out yet,” says Dr. Terry Keepers. (personal communication, 2001) “For reasons rooted in the values of contemporary culture, the concept of shame…has all but vanished from discussions of emotional disarray, instead of being regarded as the pre-eminent cause of emotional distress in our time,” writes Robert Karen (The Atlantic Monthly, “Shame,” Feb.1992) in further support of the importance of addressing shame.

Shame is defined as a deeply disturbing or painful feeling of guilt, incompetence, indecency, or blame-worthiness. Now considered a primary though under-acknowledged emotion, shame creates self-loathing and/or imploding or exploding rage. Shame is experienced as a global attack on the core Self that sentences the person to life with an irreparable flaw or inadequacy. No wonder we do our utmost to keep actions or experiences that engender shame a secret from others, and often ourselves.

The four most potent effects of shame are: isolation, loss of internal resources, hopelessness, and the inability to reality check. It is so important to understand that these effects are automatically linked with the experience of shame. Whenever you are feeling these things, it may well be a clue that you are feeling shame. When feeling isolated, hopelessly bad, and de-resourced, it is so easy and common to use these feelings to pile more shame on top of the shame that is already there. What a relief it can be to know that these things are inherent in the shame experience and not additional signs of your irreparable culpability.

Shame is an ethics and power issue because it severely interferes with a practitioner’s ability to recognize and take responsibility for actions or behaviors that have caused harm, even when they were not intended to be harmful. Feeling shame impedes the process of resolution and self-correction. When errors or mistakes or misunderstandings are kept in secret shame, there is little possibility of repairing harm, acting accountably, and self-correcting. Situations then needlessly escalate and practitioners develop patterns of repeating the shame misuses of power.

Fear of shaming (or being shamed) is one reason colleagues tend to avoid talking directly with other colleagues about suspected misuses of power. Shame on the part of caregivers can result in defensiveness, denial, dissociation, rigidity, and fear of getting help or supervision. My Hakomi Therapy colleague, Morgan Holford, (personal communication, 2003) speaks of these shame dynamics directly and succinctly.

“Accountability requires an accurate self-assessment and this is not possible because shame’s self-assessment is of exaggerated, one-sided, negative, irreparable culpability. Accountability also requires being in relationship with whom ever has been injured or affected by one’s actions. When in shame, one is disconnected in withdrawal or anger.”

A student’s insight: “Until I can be accountable for the wrong actions I have taken, or even for the negative impact of actions that weren’t necessarily wrong, healing and relationship repair cannot happen.”

This column is taken from the chapter on Shame in the book–Right Use of Power: The Heart of Ethics that is available at Amazon.com or www.rightuseofpower.com. Parts II, III, and IV of this exploration of shame as an ethics issue will cover: shame and the human nervous system, brief history of shame, de-activating shame, shame and it’s effect on clients, working with shame, and seven reasons that good intentions are essential but not enough in the practice of right use of power.

© Copyright 2010 by Cedar Barstow. All Rights Reserved. Permission to publish granted to GoodTherapy.org.