Therapy, Antidepressants May Improve Personality, and Other News 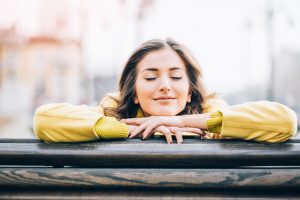 Psychological treatment, including psychotherapy and antidepressants, can positively influence personality traits, according to a study published in the journal Psychological Bulletin.

The analysis looked at 207 studies involving more than 20,000 participants. The studies used a range of psychological treatments, such as psychotherapy, hospitalization, and psychiatric medications. Study measures of personality varied, but most studies involved questionnaires about personality traits before and after treatment.

People who received treatment had lower levels of neuroticism—a personality trait typically associated with emotional instability and mental health concerns such as anxiety, moodiness, and depression. They were also slightly more extroverted after treatment. In about 50 studies the report analyzed, researchers followed up with participants well after the original intervention. These studies found the personality changes continued, and they were not just a fleeting result during treatment.

The study’s authors point out personality is frequently treated as something that cannot be altered. If psychological treatment can introduce positive changes in personality, it may also provide lasting relief from a range of psychological symptoms.

Numerous studies demonstrate that hitting children harms them. One study analyzed more than 160,000 children and identified 17 distinct negative outcomes associated with hitting children as a form of punishment. A new study by researchers at Southern Methodist University suggests parents’ perceptions about physical discipline may depend on how it is described. Parents found “spanking” or “swatting” more acceptable than “hitting” or “beating.” The researchers suggest replacing the word “spank” with the word “assault” would change the perception and reduce the use of physical discipline on children.

Antidepressant use may increase the risk of hip fractures among aging adults with Alzheimer’s who still live in their communities, according to a study published in the International Journal of Geriatric Psychology. Researchers found antidepressant use was associated with a nearly doubled risk of hip fractures, particularly at the beginning of treatment. The increased risk persisted four years after treatment began.

The Implicit Association Test (IAT) uses common notions of racism to assess people’s implicit racist ideas. Relying on split-second reaction times to images and words, the test purports to uncover unconscious biases. However, research suggests the test may not effectively assess implicit racism. It is also unclear whether implicit racism—or some other factor, such as overt or structural racism—accounts for most racist incidents.

Although science buffs and space experts alike are increasingly interested in a mission to Mars, mental health concerns could delay such a mission. The isolation astronauts would face on a long mission could dramatically undermine their mental health. They would be away from loved ones for years. They would also be exposed to high levels of radiation, which could worsen both mental and physical health symptoms.