The Role of Sexism in Women’s Orgasms 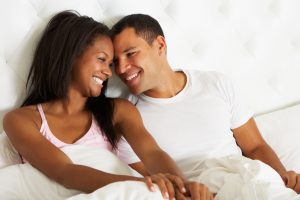 Another study, presented earlier this month at the British Psychological Society’s Psychology of Women annual conference, found many women frequently fake orgasms to end coercive sex they do not want to continue.

Studying the Effects of Sexism on Female Orgasms

The Archives of Sexual Behavior study consisted of two separate surveys of women. The first survey measured 339 heterosexual women’s support for benevolently sexist ideas. The research team defined benevolent sexism as the idea that women are delicate, in need of male care. This form of sexism tends to romanticize gender stereotypes by disguising the belief that women should be reliant on men through a lens of protection.

Women who supported benevolently sexist notions and who were with domineering men were more likely to perceive their partners as sexually selfish. This suggests women who embrace sexist ideas may also partner with men who engage in more sexist behavior and may be more sexually selfish.

For the second survey, researchers attempted to test the correlation between sexism and orgasm. They asked 323 women about their willingness to ask their partners for sexual pleasure or specific sex acts. Women who reported higher levels of belief in benevolent sexism were less comfortable asserting their sexual needs, a finding the researchers linked to a reduction in the likelihood that these women would have frequent orgasms.

A 2011 study, published in the Journal of Sex Research, found couples who scored high on a scale of benevolent sexism saw sex as a man’s right and a woman’s duty. These couples were also less likely to define rape within marriage as rape.

A more recent study published last year in the journal Women and Health found college students exposed to high levels of benevolent sexism were less likely to see sex as an avenue for pleasure and more likely to view it as a relationship tool. College women who endorsed benevolently sexist beliefs were also less likely to use condoms.

Fake Orgasms as a Way to End Unwanted Sex

The study presented to the British Psychological Society relied on interviews with 15 women ages 19-28 who had been sexually active for at least one year. Although the study was designed to glean information about fake orgasms during consensual sex, every participant mentioned a coercive or unwanted sexual experience instead.

Researchers say the results suggest women may fake orgasms not to improve their partner’s self-esteem or keep sex going, as some analysts have speculated, but as a way to control unwanted sexual encounters. Participants said they were more likely to fake an orgasm when they wanted sex to end, because doing so often expedited their partner’s orgasm.

Many participants described unwanted sexual encounters that could be defined as rape. However, none used this term, instead referring to unwanted sex as “bad sex.” Study author Emily Thomas says this finding suggests there are both positive and negative elements of faking an orgasm. Fake orgasms may mislead a woman’s partner about the extent to which she enjoys sex, and even whether she wants to continue having sex. However, faking it may also give women control over sexual encounters in which they feel they otherwise have little control.

Orgasms Still a Problem for Many Women

Orgasm continues to prove elusive for many women. According to a 2015 Cosmopolitan survey of women’s sexual experiences, only 57% have orgasms most or all of the time they have sex. Ninety-five percent of respondents reported their partners orgasm most or all of the time. When women try to reach orgasm from sexual intercourse alone, numbers are even lower. A 2009 study found 75% of women never orgasm from intercourse alone.

A 2010 study found 80% of women fake an orgasm at least half of the time when they are having intercourse. According to that study, many women are most vocal during sex when they want it to be over, and they are least vocal when they are enjoying it.