The Overimportance of the Other in the Process of Individuation 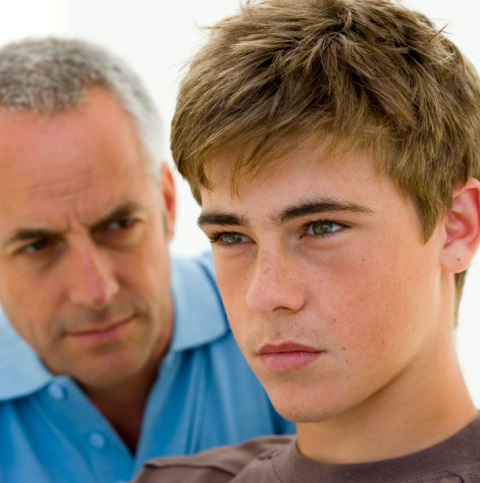 In the process of developing our own voices (individuation), we develop a sense of self in relationship to the significant others in our lives. Growing up, parents, grandparents, siblings, and later, peers, act as mirrors and reflect back to us their ideas about who we are and what we are about. The more significant the relationship, the greater the impact on our ideas about who we are. When a significant other or others take up a lot of space in our heads and become a too-present audience to our decisions, behaviors, and thoughts, there is an interference in the process of individuation. The other becomes more than just a witness to our lives. Instead, the other becomes an active participant in defining who we are and what we do. They interfere with our growth as individual selves. Sometimes, we accept the others’ view of us and don’t question the truth of their perspective. Other times, we might disagree with their view so strongly that we are still not free of the others’ impact.

Greg is a good example of this. Greg’s father sees him as weak. Greg refuses this definition. He vows to himself that he will never cry or be compassionate, since that is what his father labels as weak. Thus Greg may not take on his father’s view of him, but he is still strongly attached to not being his father’s version of the weak Greg. In this case, Greg isn’t free to develop who he is: strong and sensitive, hardly a weak person. Greg has not individuated from his father since he is not comfortable being the man he is. In fact, he doesn’t really have a good idea of who that man is. The voice he has developed is: I am not who my father thinks I am. But he hasn’t really had the opportunity to develop his own ideas about who he is.

Christopher is also affected by the overimportance of his father’s view of him. It is difficult for Christopher to make choices about his life. In college, Christopher had considered majoring in history, but his father worried that this wouldn’t lead to the right job. So he majored in business with the idea of going into finance and becoming a trader, the successful business man his father envisioned him to be. But after graduating and being a successful trader for four years, Christopher was unhappy with his work. He wasn’t able to discuss this with his father since he believed his father would be dismissive of his feelings and judge him as a slacker. He also didn’t want to talk about his unhappiness with his father because he felt that his father could sway him and convince him that he should stay with his work as a trader. He feared being “taken over” by his father’s perspective on his life.

Christopher’s fear of being “taken over” by someone he was in a relationship with characterized many of his relationships. At the age of 26, Christopher had never been in a long-term relationship. He was an attractive man who dated many women but feared that if he got really close to someone they would demand that he become who they wanted him to be. He worried that he would have to give up his thoughts and feelings and be in agreement with his partner’s views of himself and the world. He believed that he would have to cede control to any woman whom he would commit to.

Christopher’s worries are not so unusual for people who have not successfully individuated. When we have not developed a secure sense of self, we feel vulnerable to the judgments, demands, and expectations of others. Allowing ourselves to be loved or to love can feel like it requires giving  ourselves over to the other. Thus, if Christopher was in a relationship and the woman he was with didn’t want him to go to the baseball game with his friends, Christopher feels he would have to accede to her wishes. He wouldn’t be able to tolerate the possibility that she might feel hurt because he didn’t want to spend all his time with her. He would be concerned that she could be angry with him, and he could not bear this. Christopher has not individuated. To be in a relationship, he believes he must agree to an unspoken bargain: You will love me and not have any negative feelings toward me if I agree to be who you want me to be. Because this is not acceptable to Christopher, he chooses to be in relationships where he keeps his emotional distance in order to weaken the impact of the other.

Halfhearted or no attachments are the safest way to protect ourselves when the other’s perspective on who we are is stronger than our own self concepts. Recognition that relationship difficulties or our low self-esteem or lack of self confidence are connected to the ways we overly rely on the views of significant others is the first step in overcoming our attachment to the other’s definition of who we are.

It is helpful to engage our brains when our fears and anxieties take over and become the main guides to our behavior. If we allow ourselves to really consider whether we will lose the love of people we care about if we make them angry or hurt them, we frequently find the answer is “No.” It is often not such an all or nothing thing. When someone is unhappy with us or angry with us, it does not go without saying that this means they will withdraw their love. However, for some of us, it may be that our early experiences with significant others were based on this dynamic. But the reality that it happened in our past does not mean that it will repeat itself in our present relationships. Beginning to test out the idea that we don’t have to repeat past relationships in the present can be an important antidote to the interference in the process of individuation. We can free ourselves from these old ways of attaching and become individual selves.

Related articles:
Children Opposing Parents: Talking Back or Positive Assertion of Self?
The Fear of Hurting the Other and the Inhibition of Self