The Mental Health Toll of Hurricane Harvey, and Other News 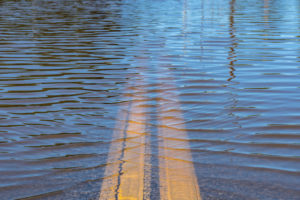 The death toll from Tropical Storm Harvey is at least 38—a figure that will likely rise in the coming weeks. As dirty water, downed power lines, and dangerous animals in the water continue to create hazards, health workers face mounting struggles trying to keep survivors healthy. The toll of Harvey, however, will likely continue well after survivors are rescued, the water is cleaned, and life appears to return to normal.

Many Harvey survivors have seen injured or dead loved ones and friends. They have faced fears about their own safety and blame for their circumstances. Many already show signs of trauma.

After Hurricane Katrina in 2005, health workers set up clinics to service people experiencing anxiety, trauma, and other mental health issues. Yet, many survivors were reluctant to seek care. Children are particularly vulnerable, and parents do not always recognize signs of trauma in their children.

During Sunday’s MTV Video Music Awards, rapper Logic performed “1-800-273-8255” while sharing the stage with suicide survivors. The song, which uses the phone number of the National Suicide Prevention Lifeline, encourages people experiencing suicidal thoughts to push forward and reach out for help.

Patients undergoing brain surgery are often awake, because the brain has no pain receptors and remaining awake allows doctors to monitor a patient’s well-being. Music teacher Dan Fabbio learned he had a brain tumor after experiencing bouts of dizziness and confusion. Concerned he might lose his musical ability, he sought help. Doctors eventually removed his tumor while he played the saxophone.

E-cigarettes are unlikely to encourage young people to smoke, according to data from more than 60,000 British young people—the largest study on the topic to date. The study found that, even as use of electronic cigarettes increases, smoking rates continue to decline. Between a tenth to a fifth of young people had tried e-cigarettes, but 3% or less reported regular use.