The Greek Chorus and Your Divorce 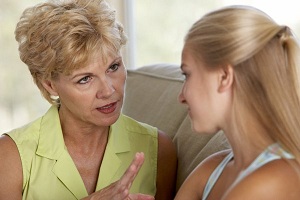 Many of you may remember the role of the Greek Chorus in literature classes from high school or college. They appeared in the works of Sophocles, Aeschylus, Euripidies and Aristophanes, to name just a few. Their role was to explain what they thought was going on and would intentionally or unintentionally “stir the pot”. In modern times, it is often our friends and families who comprise our own personal Greek Choruses as they work so lovingly to protect us from what we have not yet experienced and to help us along in life. Consider the following scenario:

Bob and Cynthia are getting divorced. It has been a slow and deliberate process to come to the decision that they can no longer stay together. They are resolute in their decision but not at all happy that they had to make it. There are some hard feelings they are both trying to work through and they sometimes lose their temper with each other. Neither wants a protracted and painful divorce, both to protect the friendship they hope to have in the future and to be able to co-parent their two children without creating more problems for them or for each other.

Cynthia’s Aunt Sally went through a very difficult divorce 20 years ago. She remembers it like it happened yesterday. Aunt Sally warned Cynthia of what Bob might do in the divorce process if she wasn’t careful. She suggested he could move money around without telling her about it or talk to the children about her in unflattering ways. She said she was remembering her own divorce and wanted to spare Cynthia having a similar experience. She suggested that instead of using a mediator, she should get her own lawyer who would work really hard at protecting her and the children from Bob, because you never know what someone, who you think you know well, will do in a divorce.

Bob’s college friend Glen was in town for a conference and called to get together. It turned out he had just gone through a divorce last year. His wife Beth, of 16 years, met someone on a business trip two years ago and she left their marriage. Glen told Bob he should be really careful and hire a private detective to make sure Cynthia wasn’t involved with anyone else. He warned Bob that the hardest part of going through a divorce were the things you find out about that you never knew were happening. He asked Bob if he really could know everything about Cynthia as they go through the divorce together. Could he really trust her? Wouldn’t it be better to find everything out with the help of a professional before being surprised with it, or worse, never knowing at all?

Sometimes the advice is not as extreme as the examples above. Someone might ask why you’re being so nice to your ex or to suggest that you try to get more custody time with the children because it could be lonely without them around. They might tell you that mothers should spend more time with the children than fathers, it’s just biological, everyone knows that.

Our friends, families and loved ones only want the best for us. And we love them for it. It is often difficult to not follow their advice for fear of hurting their feelings or not being sure whether they are right or not, so we hire that persistent lawyer or private detective so we do not seem ungrateful or wonder if we are wrong. Unfortunately, these decisions do not always serve us well. They have the effect of feeding into our fears, even the ones we hadn’t had until we spoke with the Greek Chorus. Bob and Cynthia made the decision to continue working with their mediator and thanked their friends and families for everything.

The best way to protect your family and yourself is to trust your own judgment, consult with neutral professionals who are as concerned as you are about the whole family and let your Greek Chorus know how grateful you are for their concern. The divorce process can take you down many roads, some can be treacherous, some are the high roads…..the decision is yours.