The Dynamics of Abuse Within Families and Relationships 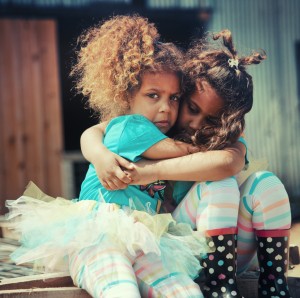 It is the nature of abuse within families to be as behaviorally nuanced and emotionally complex as the individuals involved. Relationship abuses nearly inevitably reveal a life-draining and self-perpetuating dynamic of power and control. It is within this dynamic that abuse is perpetuated.

Abuse may also involve what I call strategic accusation in an attempt to maintain perceived leverage in the context of families and social circles—for instance, communicating to family and friends that the victim has engaged in affairs that have not occurred, or even using the mere threat of spreading such a rumor. There may also be implicit threats, such as, for instance, the open display of weapons. Perpetrators may drive recklessly in order to generate fear and emphasize a position of control.

Financial or what you might call economic abuses may also exist. For instance, many perpetrators maintain individual, or even secret, bank accounts as a way to withhold money. They may also ensure that bills and credit cards be placed under the name of the victim as a measure of self-protection.

In all of these, the dynamic of abuse commonly takes shape in varying modes of manipulation, intimidation, aggression, and terrorism.

And though we often think of abuse as being inflicted by a perpetrator on a victim, or else between two perpetrators, we must be careful to recognize another disposition, an often secretly performed dynamic of abuse, that is inflicted by an emotionally troubled person onto himself or herself.

Recognizing that those trapped in such dynamics embody varying forms of what psychology has long referred to as sadism and masochism, psychologist David Shapiro (1981) instructed:

Each disposition involves, in its own way, a defensive, usually angry assertion of will; each is driven by a sense of inferiority, shame, or humiliation; each is deeply and self-consciously concerned with relative position, rank, and measure, with superiority and inferiority—but the sadistic person from the superior position, and the masochistic person from the inferior one.

Eating disorders, cutting, and substance abuse are indicative of a masochistic coping style and often of entrenched emotional dominance or avoidance within a family system.

Child abuse occurs far more commonly than most people realize. The Centers for Disease Control and Prevention began a study in the 1990s that has tracked child abuse and reported that there are more than three million reports made each year involving more than six million children, and that between four and seven children die each day due to abuse or neglect in the United States.

And then there is violence between lovers. Michael Johnson (2006) identified four major types of intimate partner violence—situational couple violence, intimate terrorism, violent resistance, and mutual violent control—and defined them “in terms of the control motives of the violent member[s] of the couple, motives that are identified operationally by patterns of controlling behavior that indicate an attempt to exercise general control over one’s partner.”

Intimate terrorism, which most frequently involves men abusing women, is the most extreme form of domestic violence. Another form of chronic domestic violence is a pattern in which both husband and wife are controlling and physically violent, two intimate terrorists battling for control, what Johnson labeled “mutual violent control.” These types of chronic abuse are products of two quite different evolutionary histories and psychological profiles: “one type broadly sociopathic and violent, the other deeply emotionally dependent on their relationship with their partner” (Skolnick and Skolnick, 2003).

Lipman-Blumen (1984) defined power in relationships as “the process by which individuals gain the ability to impose their will on others.” Abuse is often preceded by a more subtle power dynamic. Newman (1999) noted that early stages of abuse may be primarily emotional and difficult to detect:

For instance, when a husband anticipates his wife’s angry response to his desire for her to do more around the house, he may decide not to voice his concerns in order to avoid conflict. Thus, she has successfully exerted power over him [by preventing him from speaking his mind] without any direct confrontation. Such invisible power is important since it can maintain inequality even in those marriages that appear harmonious and conflict free.

Victims of relationship abuses often enter into therapy in the midst of a dualistic emotional experience—an affectionate emotional bond interlaced with anger, resentment, and fear.

Those who find themselves in therapy are obviously often experiencing painful and isolating feelings and possibly ambiguity of emotions, such as love and anger, which may be felt simultaneously. Unless a therapist is highly empathic, victims may be unwilling to expose themselves. The first tasks in therapy should always be to empathize with the person amid the emotions brought into the therapy room and to ensure an immediate plan for safety should a disclosure of abuse be made.