Teen Genes and Parental Rules Influence Alcohol Use and Abuse 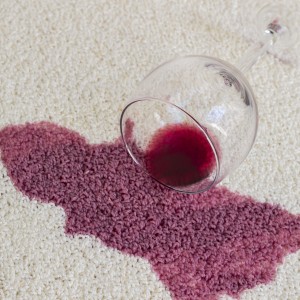 To drink or not to drink? When the “drink” contains alcohol, it’s a question that provokes a great deal of internal controversy in some, especially during the ups, downs, and social awkwardness of adolescence.

Many of these laws, however, are flexible if the alcohol is being consumed with adult family members or within the home, so parental views on drinking also factor into the equation. When drinking not only goes against the law but will also result in punishment at home, the decision of whether to do so becomes a bit more of a quandary than when the laws are lax.

Many parents establish rules to curb their teenagers’ potentially risky behaviors, and many do not; some even encourage teenage drinking within the home so as to keep their children from drinking and driving or making other poor choices outside of the house. Rules or no rules, the teenage years are a time of crucial growth and development in the brain and the body—as well as in personality and character—and it follows that alcohol abuse during these formative years is particularly damaging.

There are those who refrain from underage drinking altogether to avoid the numerous negative health and personal consequences that may occur as a result. Still, many teenagers choose to experiment with alcohol in spite of the rules forbidding it and its potentially detrimental effects on the mind, body, and psyche. Friends may pressure them to drink, or they may just be curious to know what all the hype is.

Several studies have shown that those who partake in heavy drinking as teenagers are likely to bear the ill effects, including a strong compulsion to continue drinking, well into adulthood. In fact, according to Carmen Van der Zwaluw, the author of a recent study on alcoholic behavior among adolescents, “It has been estimated that 40% of adult alcoholics were already heavy drinkers during adolescence.”

To better understand what drives teenagers to drink, Van der Zwaluw, an assistant professor at Radboud University Nijmegen, and colleagues examined the biological motivations involved in alcohol use and abuse as well as the impact of parental rules regarding drinking. The study, set to be published in the March 2014 issue of Alcoholism: Clinical & Experimental Research, drew results from data compiled in the Dutch Family and Health study. They based their research on a sample that provided alcoholic consumption information, genotypes, and “alcohol-specific” household rules for 596 adolescents born in the Netherlands, half of them male and half female.

They identified a genetic component to the “to drink or not to drink” dilemma. It is already known that OPRM1 (opioid receptor, mu 1) genes are involved in the feelings of pleasure associated with alcohol, food, sex, and other drugs. Apparently, these particular genes also play a significant role in how strongly compelled a person will be to drink heavily.

As Van der Zwaluw said in a report on the study, “OPRM1 G-allele carriers have been shown to experience more positive feelings after drinking, and to drink more often to enhance their mood than people with the OPRM1 AA genotype.” So, based on which version of the OPRM1 gene a person is carrying, he or she may feel more or less inclined to imbibe.

Their findings also revealed that those who are subject to stricter rules at home reported not drinking at all or only drinking lightly. Likewise, when the household rules were fewer, rarely enforced, or nonexistent, the teenagers evaluated in the study were more apt to drink moderately or heavily than those whose parents laid down the law. Parents, then, play a significant genetic and authoritative role in their teenagers’ alcohol-related choices.