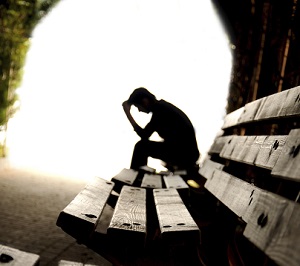 Suicide is a permanent solution to a temporary problem. Teenagers are at greater risk of completing suicide because they can act impulsively, without considering all of the consequences. Currently, more men die from suicide, while more women attempt suicide. In the United States, approximately 18 per 100,000 males complete suicide each year, and four per 100,000 females complete suicide each year.

Suicide affects the entire community in which it occurs: family, friends, teachers, neighbors, acquaintances. Everyone is touched by the loss of anyone to suicide. However, suicide can be preventable and with the knowledge of signs, symptoms, and appropriate responses, people’s lives can be saved.

If you are concerned about someone that may be suicidal, seek help immediately. Warning signs that can indicate imminent risk include:

The next step can be the hardest. Ask the question, “Are you thinking about killing yourself?” You may feel embarrassed or scared that by asking, you could give them the idea to kill themselves. However, by asking this question you can start the conversation that could lead to your child or teen getting the help they need. By asking about their intentions, you are offering them a means of coping with whatever difficulties they’re struggling with—a means of coping that’s an alternate to suicide. Listen and allow the person to express their feelings, thoughts, and ideas. Now is not the time to tell your child or teen what to do, but instead to receive information and help them seek help.

Hopelessness about the present and future are strong predictors for suicidal ideation. All suicidal ideation and threats need to be taken seriously. Ask the individual what the problem is and what could help them solve it. Get them actively engaged in thinking about solutions to their problems that do not involve killing themselves.

If your child shows signs that make you concerned about their safety, get help as soon as possible. Call 911, go to the nearest emergency room or psychiatric hospital, call a local mental health professional, or your pediatrician.  The National Suicide Prevention Lifeline is 1-800-273-8255.  Help and hope are available.