A Gift From Your Soul 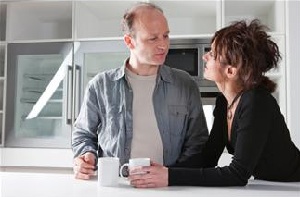 Here we are in the holiday season and so many are thinking about gifts – what they would like and what they want to give. For most, it’s impossible to focus on gifts in these times without being aware of the impact of the financial economy on themselves and others in our country and our world.

Some are aware that gifts can be given in the form of other economies. Gifts of time, energy, and love are now, perhaps more than ever, among the economies from which people give to others in their lives. A meal. A backrub where appropriate and safe. A helping hand for a difficult task. A commitment to an activity together or a series of activities – like a long walk on the beach or weekly walks in the woods. A painting. A poem. A song. There are limitless options.

But if you look at our world in this time, there is a gift that each of us can give like no other… in value and impact. We can look out into the world around us and see the signs of what has gone awry… and then, instead of just looking outside, we can look within ourselves and see if that same thing, or some version of that same thing, has gone awry within us. And if we find it has, in any way big or small, we can fully commit to do the healing within ourselves to set it straight, not just on the surface but from the inside out… not just partially, but from the tip of the roots up.

For example, look at the sexual scandals that have occurred in the past month or so:

Herman Cain: accused of sexual harassment of women. Penn State University. Syracuse University: coaches on their sports teams accused of having molested and sexually abused young boys in their charge. As you read and heard about these scandals, did you look within to find what wounding you have to your own sexuality? Did you explore within yourself to find out how your sexuality might have been wounded by another person? Pornography? The distortions of sexuality in our culture? The normalization of the abuse of sexuality? Did you search within to see if there is any way you might have wounded others in their sexual selves? For most of my time in private practice, I have worked with people who are aware they have been wounded sexually. And who have had the courage and commitment to do this kind of exploration. To do it for themselves, for their children if they have children, for the generations to come, and for the world as a whole. It is not an easy task. Not an easy gift to give. But it is a profound gift for sure… a treasure.

Another example: look at the additional accusation that Herman Cain has had an extra-marital affair for 13 years. As you learned about this, did you really think about the impact his unfaithfulness might have had not only on his wife and family… but on everything and everyone he comes into contact with? Did you realize that if he breaks a commitment to his wife, his trustworthiness about keeping other commitments comes into serious question? Did you only look outside at him? Or at other politicians who have broken their commitments? Or did you also look within yourself, searching truthfully to find out if you take and make your commitments seriously? If you make your commitments fully or partially? And if you keep your commitments or break them? Did you realize that the answers to these questions and your relationship with commitment have a huge impact on you, your life, your success or partial success in that to which you commit, all those you come into contact with, and our world? Our world that deeply, profoundly needs us to realign ourselves in relationship to commitment… and to our commitments? It is not an easy task. Not an easy gift to give. But it is a powerful one for sure… beyond measure.

Imagine the gift it would be if each one of us did just that… if we acknowledged and took responsibility for the wounding we have caused, apologized for it, committed to heal within so as not to repeat the wounding, and followed through on the commitment to heal… all the way to the root. Imagine the gift it would be personally, communally, and globally. Not an easy task. Not an easy gift to give. But a priceless one for sure!

Related Articles:
Independence? Not As Long As…
The Final Phase of Healing
But I Said I Was Sorry, so Why Isn’t that Enough?