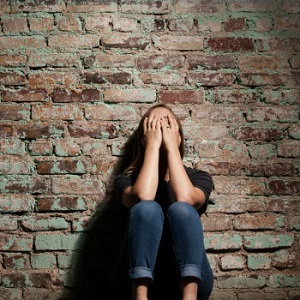 The February 2011 sexual assault of CBS news reporter Lara Logan during her coverage of the Egyptian uprising is a stark reminder that any woman is vulnerable to assault, regardless of her public status. You don’t have to travel to a distant country during political upheaval to be at risk. According to the National Violence Against Women Survey (2000), 17.6% of American women have been victims of an attempted or completed sexual assault. And while men can be sexual assault survivors, 90% of rape victims are women.

Here are some statistics on sexual assault:

Rape is a criminal act of violence. The victim is never to blame, regardless of the circumstances. However, the FBI estimates only 37% of completed or attempted rapes are reported to law enforcement officials.

What typically occurs following a sexual assault? Most survivors initially experience wide-ranging, intense and sometimes contradictory emotions. Anxiety, fear, and even disbelief are common. Individuals may be in shock and feel like their life has been destroyed. They may be afraid to socialize, travel, or even go to work or school. Developing trusting relationships may seem almost impossible. They may feel rage toward the perpetrator, yet experience irrational feelings of self-blame. Many victims question whether they provoked the attack by how they dressed or acted, wonder if they could have foreseen or prevented what occurred, and harbor feelings of shame.

Sexual assault survivors need information, support, compassionate understanding, and sometimes counseling to aid in their recovery. At first, individuals should seek medical attention, reach out to family and friends for emotional support. They may also consider whether to file criminal charges. It is surprising how often these steps are not taken due to fear of blame, public exposure, retaliation, or rejection from loved ones. Family and friends need to encourage their loved one to get the medical attention needed, encourage them to get information about their legal options, provide reassurance that they are not to blame, and help them recognize it is very common to exhibit a range of emotions and behaviors.

While initial reactions of anxiety, sadness, anger, and avoidance can be expected, if these reactions persist, significantly interfere with work, school, or social relationships, or evolve into more serious symptoms such as depression, PTSD, eating disorders, self-harm, or addictive behaviors, the individual may benefit from therapy. A variety of treatment approaches can be used to address different effects of the assault, depending on the symptom that the individual is experiencing. These can range from short-term, cognitive behavioral techniques for managing anxiety or intrusive thoughts to more intensive therapy that addresses coexisting symptoms such as an eating disorder or drug abuse. Couples therapy can be helpful when interpersonal anxiety or sexual problems interfere with a relationship. Some individuals also benefit from participation in support groups for survivors of rape or sexual abuse. Regardless of the type of support, it is critical that any person who is assaulted receive the support they deserve.