Thriving Parents of Children with Autism: Four Rules for Sanity 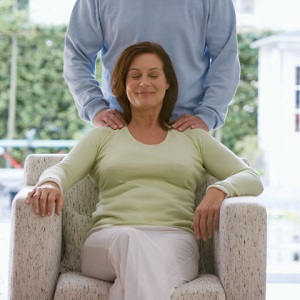 Autism is a devastating diagnosis for a family. There’s no getting around that. On a weekly basis, I can run the gamut of feelings—from helpless to hopeless, triumphant to disappointed. Now, I completely acknowledge that there are blessings, and often I am grateful for the lessons I’ve learned in my own journey raising a son with autism. But when I am really, truly honest and authentic with myself, much of the time it just plain sucks. I’ve spent 14 years trying to tie it up in a neat little bow and disguise the hurt by finding purpose in it, but it’s a lot like putting lipstick on a pig. It still stinks. But in the right light, it looks kinda cute. So, here are my top four “must-have” rules for your sanity toolbox. The better you take care of yourself, the cuter that pig will look.

1. Know Your Limits
As an overachiever and recovering perfectionist, I’ve spent most of my life viewing limits as, well . . . limiting. I was under the impression that doing my best meant running until every last thing on my to-do list was done and done “correctly,” with no loose ends. Oh, and everyone around me had to be happy. To say “No” meant letting someone down. Stopping before a job was complete was unheard of. After much study in personal boundaries, I now teach others how to take better care of themselves. It begins with really knowing what your own limits are and asking for help when you need it.

2. Practice Mindfulness
Mindfulness is historically a Buddhist practice that has made its way into counseling offices repackaged as a “therapeutic approach.” Simply, it’s the practice of being in the here and now and truly appreciating the present. Anxiety feeds off of thoughts that dwell in the past and future. It is difficult to be anxious and worried when you practice being present. Try starting with just a few minutes a day. The more intentional you are with your thoughts, the easier it is to change them. And when you change your thoughts, your feelings follow.

3. Take Off the Mask
Nothing strips off that mask you’ve been wearing like raising a kid with autism! You know the one, that mask that hides how you really feel when the teacher tells you your child punched the lunch lady because she wouldn’t give him a second sloppy Joe. Or when the PTA president asks if you’ll be attending the next meeting, because they “really need your support” for the big fundraiser to see which class can sell the most whatchamacallits that no one needs. You quickly spin a story about how you’ll be busy that week donating a kidney to your sister’s seeing-eye dog, because after all, she is blind.

Get used to what it feels like to really be you—without the mask. Saying “I can’t,” or “I don’t want to” is enough. You’re an adult. No explanation needed.

4. Be Kind to Yourself
So many of us walk around with internal voices that say things that we would never allow anyone else to say to us. We silently call ourselves “stupid” when we make mistakes and allow a critical voice to tell us how things “should be.” Life is difficult enough when you’re raising a child who has so many pervasive issues and no one seems to understand them. The least you can do is treat yourself with the compassion you deserve. Tune in to what your internal voices are saying, and stop “should-ing” all over yourself. Remember, we’re all doing the best we can at any given moment. Including you.