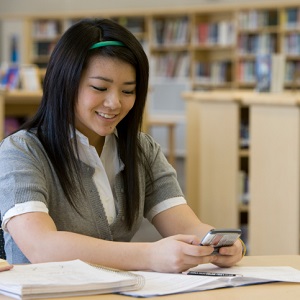 Surfing the Internet during class doesn’t just steal focus from the educator; it also hurts students who are already struggling to grasp the material. A new study from Michigan State University, though, argues that all students—including high achievers—see a decline in performance when they scour the Internet during class for non-academic purposes.

The Internet and Academic Performance

To measure the effects of Internet-based distractions during class, researchers evaluated 500 students taking an introductory psychology class at Michigan State University. Researchers used ACT scores as a measure of intellectual aptitude. Because previous research has shown that people with high intellectual abilities are better at filtering out distractions, researchers believed students with high ACT scores would not show a significant decrease in performance due to their use of digital devices. But students who surfed the web during class did worse on their exams regardless of their ACT score, suggesting that even the academically smartest students are harmed when they’re distracted in class.

College professors are increasingly raising alarm bells about the effects smartphones, laptops, and tablets have on academic performance. One 2013 study of college students found that 80% of students use their phones or laptops during class, with the average student checking their digital devise 11 times in a typical class. A quarter of students report that their use of digital devices during class causes their grades to suffer.

Professors sometimes implement policies designed to minimize students’ use of digital devices, and some instructors even confiscate tablets and phones. In a world where people are increasingly dependent on their phones, though, such strategies often fail. One international study found that 84% of people say they couldn’t go a day without their smartphones. Until students are able to resist the pull of social networking, texting, and endlessly surfing the web, they may continue to struggle in their classes.