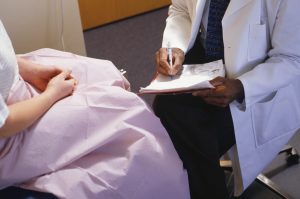 According to the first nationally representative study of pubic hair removal trends in women, the majority of women remove some of their pubic hair. The results were published in JAMA Dermatology.

More than half (59%) of women who removed some or all of their pubic hair cited “hygienic” reasons for the practice. Yet doctors and public health experts say removing the pubic hair serves no hygienic purpose and actually increases the risk of infection and other health problems. Pubic hair grooming removes a barrier between the genitals and bacteria and other dangerous microbes. Some women also experience shaving-related problems, such as rashes or serious cuts.

Which Women Are More Likely to Remove Pubic Hair?

The study looked at 3,316 women who responded to a survey about pubic hair removal. The majority (83.8%) reported removing at least some of their pubic hair. Researchers did not find an association between household income, geographic location, or relationship status and pubic hair removal, but they did find other correlations:

Removing all pubic hair was the most common option, with 62.1% of respondents reporting they had done so at least once. Most participants (92.8%) performed their own grooming.

Why Do Women Groom Their Pubic Hair?

Although hygienic motivations were the most common reason for removing pubic hair, 31.5% reported aesthetic concerns. Nearly half (45.5%) said shaving was just a part of their routine, and 19.6% said hair removal made oral sex easier.

Concerns about sex were a leading motivator for hair removal, but women also expressed concerns about how other people might perceive them. Forty percent said they removed pubic hair before going to the gynecologist. Many gynecologists say some women who do not groom before an appointment become self-conscious, even in a medical setting that is meant to be private.

This concerns many health experts, who anecdotally report peer pressure, social media, and internet pornography as common influencers for teens who believe going bare is a social norm.