Study Suggests Rude Behavior in the Workplace Is Contagious 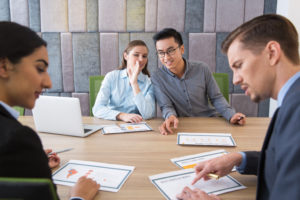 Incivility—defined as unsociable or rude behavior—in an often politically charged workplace can spread like a virus from one employee to another, according to a new study published in the Journal of Applied Psychology. Researchers say workplace unkindness can leave employees feeling psychologically fatigued, and that exhaustion can cause them to mistreat other workers. This cycle can lead to a workplace that some may consider emotionally abusive.

According to 2014 research from the Workplace Bullying Institute, 27% of American workers have been bullied at work, and the majority of bullies are in a management role. Though 93% of workers support enactment of a bill designed to stop workplace bullying, 72% of employers continue to diminish the severity of workplace bullying or completely deny its occurrence. Workplace incivility may cost employers as much as $14,000 per employee annually due to loss of productivity.

How Workplace Incivility Spreads Among Employees

Researchers asked 70 employees to fill out a survey tallying incidents of incivility and its effects for 10 business days. The results suggest workers exposed to uncivil behavior are more likely to behave unkindly themselves. Even among employees who wanted to be friendly and polite, workplace bullying sapped their energy and patience, leading them to behave in aggressive ways. Researchers also found incivility was more common in workplaces perceived as political (defined for the purposes of this study as the drive for workers to do what is best for themselves rather than what is best for the company).

The study’s authors suggest offering staff clear feedback about appropriate workplace behavior can reduce the perception that a workplace is politicized, thereby reducing workplace aggression. This feedback can be either formal or informal.

Effects of a Stressful Working Environment on Mental Health

The effects of workplace bullying can extend well beyond the workplace. A 2016 Journal of Management study found that workplace incivility can spread to the home, with stressed workers taking out their aggression on their spouses.