Study Speaks to Mental Health Stigma in the Workplace 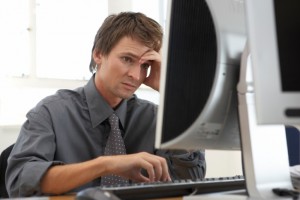 Every year, about one in four Americans experiences a mental health issue such as depression, addiction, or posttraumatic stress. These conditions often necessitate time off from work to focus on treatment and well-being, but telling your boss you have a mental health condition isn’t always easy.

According to a study by the Canadian Centre for Addiction and Mental Health (CAMH), more than a third of workers wouldn’t tell their manager if they had a mental health issue, even though the same workers said they’d be happy to help a colleague struggling with mental health concerns.

Would You Share Your Mental Health Issues with a Manager?

Among those who would share their experiences with a manager, respondents were more likely to report a positive relationship with their manager. This suggests that employer policies that educate about mental health and provide support to those with mental health concerns could help undermine workplace mental health stigma. Such stigma may discourage people from seeking treatment, increase anxiety, and even lead to discrimination against those with mental health issues.