Study Says 1 in 3 Americans Have Struggled With Alcohol Abuse 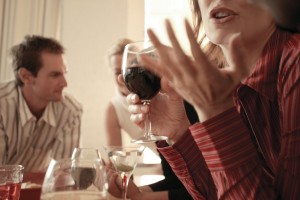 Though alcoholism is common, those who struggle with addiction often feel marginalized and ashamed. In 2013, the American Psychiatric Association changed criteria in the Diagnostic and Statistical Manual (DSM-5) for alcohol use disorder, merging the criteria for abuse and dependence under a single diagnostic umbrella. Researchers used the new diagnostic criteria to evaluate the lifetime prevalence of alcohol use disorders, putting the figure at 1 in 3.

Jeremy Frank, PhD, a certified addiction counselor in Philadelphia, Pennsylvania, says addiction is a common affliction with a long history. “It’s probably not that alcoholism and addiction are increasing in contemporary society. It’s just that the substances and behaviors that people become addicted to change and become en vogue over time. Apparently the Greek philosophers used to complain that their students drank too much wine. If e-cigs existed back then, maybe that would be the complaint,” he told GoodTherapy.org.

The study also looked at demographic differences in alcohol abuse. Native Americans had the highest rate of alcoholism, at 19.2% over the last 12 months and 43.4% over the course of a lifetime. Men were more likely than women to become addicted, with 17.6% reporting alcohol abuse in the last 12 months, and 36% experiencing alcohol addiction at some point. Researchers also found a correlation between substance abuse and other mental health issues, such as depression and bipolar.

“As an addiction psychologist I encourage all of us to explore the role that alcohol, drugs, or other addictive behaviors play in our lives. Many of us have moderate and healthy relationships to addictive substances and behaviors. In fact, part of recovery most likely involves finding healthy or ‘positive addictions.’ These healthy, ritualized dependencies on activities, passions, and hobbies provide an individual with meaning and purpose in their lives. This is the healthy side of addictive tendencies, and neurologically this is how we’ve evolved through natural selection to be at such high risk for addiction,” Frank said.

Alcohol use disorder affects ‘1 in 3 Americans’ in their lifetime. (2015, June 4). Retrieved from http://www.medicalnewstoday.com/articles/294872.php