Study: Misleading Coverage of PTSD by The New York Times 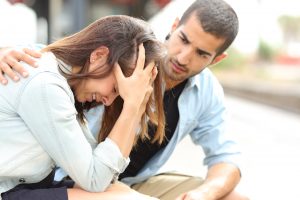 Coverage of posttraumatic stress (PTSD) in The New York Times may not accurately depict the diagnosis, according to a Drexel University study published in the American Journal of Orthopsychiatry.

The study’s authors say people often rely on the media to educate them about mental health issues, so misleading coverage of PTSD can have far-reaching effects for how society views the condition. According to the U.S. Department of Veterans Affairs, about 7-8% of the population experiences PTSD at some point in their lives.

PTSD occurs in some people who have faced traumatic events, such as military combat, sexual abuse, or car accidents. Symptoms vary, but often include anxiety and depression, intrusive memories known as flashbacks, and persistent attempts to avoid reminders of the trauma.

Researchers combed through archives of The New York Times between 1980 and 2015, uncovering 871 news articles that mentioned the diagnosis. PTSD was first added to the American Psychiatric Association’s Diagnostic and Statistical Manual of Mental Disorders (DSM) in 1980.

The authors of the news articles mentioned military-related trauma in 50.6% of the articles. During the past 10 years, that figure rose to 63.5%. According to the study, past research has shown that most cases of PTSD are not due to military service, with sexual abuse, family violence, rape, and other traumas contributing to a large portion of PTSD cases.

About 30-80% of sexual assault survivors, 23-39% of non-sexual assault survivors, 30-40% of people who experience natural disasters, and 25-33% of car crash victims experience PTSD. Combat veterans experience PTSD at a lower rate of 20%. Previous research suggests 13 times as many civilians as soldiers are affected by PTSD. This coverage may affect public perceptions and legislative action. More than 90% of PTSD legislation proposed between 1989 and 2009 focused on the military.

The study’s authors say coverage of PTSD in The New York Times was often negative, potentially contributing to stigma. More than 16% of articles were about legal cases involving a defendant with PTSD, with an additional 11.5% discussing substance abuse. The researchers believe this type of coverage may spread the notion that people with PTSD are dangerous or violent, and this stigma can deter people with PTSD from seeking treatment.

The study’s authors highlight the need to cover more diverse narratives of PTSD. Early interventions can reduce the risk of PTSD in trauma survivors. Coverage of this information might boost awareness of the power of resilience in recovery, while sharing more treatment narratives could inspire hope in people experiencing PTSD.