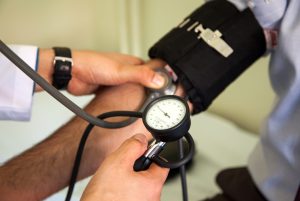 According to a new study examining the link between blood pressure medications and depression risk, certain medication types may increase the risk of developing depression or other mood conditions as a side effect, while others may be effective for combating depression.

The effects of thiazide diuretics showed virtually no increase for risk of mood conditions requiring hospitalization.

According to the study’s authors, the findings might help bolster efforts to repurpose some blood pressure medications for mental health treatment. They may also encourage stronger label warnings related to mood conditions for some high blood pressure treatments.

Earlier research has connected some blood pressure medications with fewer symptoms related to depression, though further research is necessary before any medicines are repurposed. The researchers caution that no one should abandon their current course of treatment without consulting their physician.

Study authors compared hospital data that included patients’ mental health histories and their blood pressure rates. The mood condition data was limited to severe cases for which hospital admission was necessary, and the study’s authors point out that other factors beyond high blood pressure medicine may have contributed to some of the mood conditions present.

The authors of the study chose to identify the findings only by the types of medications used rather than by specific brands. The results could help determine the role such medications can play in offering new avenues of treatment for mental health issues.