Study: Just an Hour of Weekly Exercise Could Prevent Depression 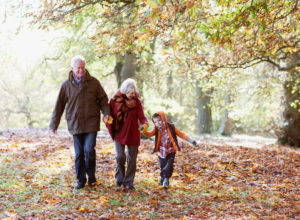 The study followed a cohort of 33,908 Norwegian adults for 11 years. The participants were considered to be healthy: They had no diagnosed mental health conditions, nor did they have any serious physical health conditions. Researchers gathered data on participants’ levels of depression and anxiety, activity levels, and other lifestyle factors during the study.

The study found that any participation in regular exercise reduced the likelihood of future depression. The effects did not depend on exercise intensity or a demanding activity schedule. Rather, most participants had relatively low levels of exercise, and their mental health improved with as little as one hour per week of exercise. Overall, the results suggest that exercise could eliminate 12% of future depression cases.

The study, contrary to some previous research, did not find that exercise reduced anxiety.

How Does Exercise Fight Depression?

The study looked at a handful of mechanisms through which exercise might improve mental health. Researchers found that some popular biological explanations did not account for the benefits. For instance, changes in the parasympathetic nervous system did not appear to explain the reduction in depression. A small portion of the reduction, however, might be due to increased physical health and greater opportunities for socialization. Yet in the study, this only accounted for a small portion of the effects of exercise.