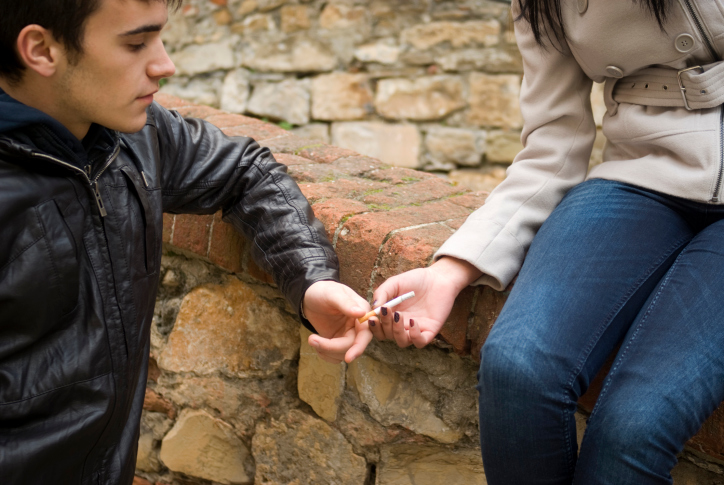 Hiding displays for tobacco products in convenience stores could lower adolescents’ interest in smoking, according to a RAND corporation study published in Tobacco Control.

Smoking rates among children and teens have dropped over the last 40 years, according to the United States Department of Health and Human Services. In 1975, nearly 1 in 3 twelfth graders smoked daily. By 1997, the figure had fallen to 1 in 4. In 2014, just 1 in 15 twelfth graders used tobacco daily. Smoking still poses a serious public health risk; 450,000 12- to 13-year-olds and about 4.4 million 14- to 17-year-olds have smoked at least once.

Researchers used a realistic convenience store replica to explore how tobacco displays affect smoking rates. They recruited 241 teens ages 11 and 17, then created three different trials with the tobacco in different locations. In one trial, it was behind the cashier. In another, it was on a side wall, and a third trial hid tobacco behind a screen.

Participants were told they were participating in a shopping study, not a study of smoking-related behavior, reducing the likelihood of changing their behavior. Each participant completed a survey addressing smoking habits, how frequently they saw tobacco ads, and how much they spend in convenience stores. Researchers then gave each participant $10 to spend on any of the 650 products in the store.

After shopping in the store, participants completed a second questionnaire designed to elicit their feelings about smoking. Teens who shopped in the store with hidden tobacco products were 11% less susceptible to future cigarette purchases. Whether the tobacco was behind the cashier or on a sidewall had no effect on smoking-related decisions.

The U.S. Food and Drug Administration’s Center for Tobacco Products is charged with setting tobacco policy, including establishing guidelines about the circumstances under which tobacco can be sold. The study’s authors say they will provide their data to the FDA in the hopes that it may use the research to further reduce adolescent smoking.