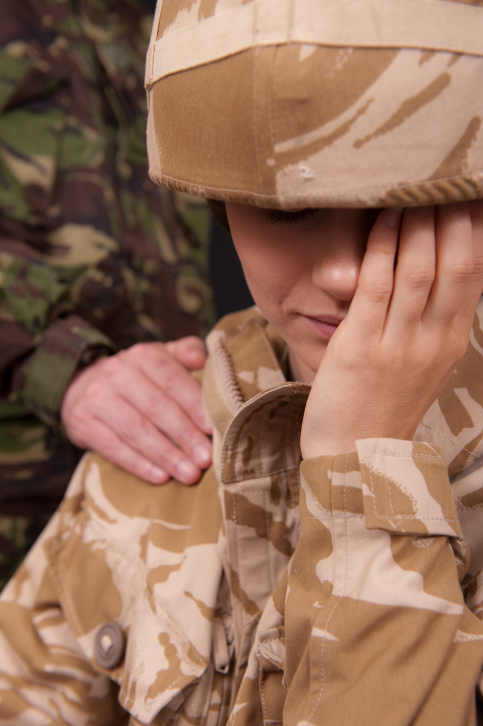 Military women are no more likely than military men to experience symptoms of posttraumatic stress (PTSD), according to a United States Department of Veterans Affairs (VA) study published in Psychiatric Research.

PTSD Among Male and Female Soldiers

Researchers pulled data from the Millennium Cohort Study, an ongoing study of service member health that includes more than 200,000 participants. They then matched 2,300 pairs of male and female participants—for a total of 4,600 participants—and controlled for similar experiences. Both men and women in the study had similar levels of combat exposure and were followed, on average, for seven years.

None of the participants had PTSD at the beginning of the study, but by the study’s end, the rate of PTSD was 6.7% among women, and 6.1% among men. Though this represents a slightly higher rate of PTSD among women, that difference is not statistically significant. The study’s authors say their work shows that both men and women in the military may need help coping with PTSD. Researchers suggest that those interested in preventing and treating PTSD should focus on the trauma experienced rather than on gender.

Both military men and women experience trauma. Combat experience is more common among men, but more women report sexual trauma—in both the military and the general population. A 2004 study found that, among military veterans seeking PTSD disability benefits from the VA, 71% of women and 4% of men reported being sexually assaulted.

The Department of Defense maintains an anonymous help and tip line for service members who have experienced rape or another form of sexual assault. Those who need help can access the hotline at 877-995-5247.