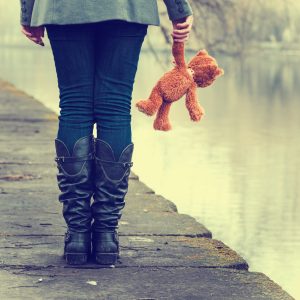 Most antidepressants do not help children and teens with depression, and some may worsen symptoms or cause suicidal thoughts, according to a study published in The Lancet. The study’s authors report 2.8% of children ages 6-12 and 5.6% of teens ages 12-18 experience depression.

Do Antidepressants Work for Children and Teens?

The study was a meta-analysis—a study of other studies. To gather data on antidepressant use in children, researchers conducted a search for all antidepressant studies available in major databases through May 31, 2015.

More than 65% of studies in the analysis were funded by pharmaceutical companies. Using the Cochrane risk of bias measure, researchers assessed the credibility of each study. They found 29% had a high risk of bias, 59% had a moderate risk of bias, and 12% had low risk.

Most of the antidepressants were ineffective or only moderately effective. Fluoxetine (Prozac) was the only antidepressant with benefits that outweighed the risks. Nortriptyline (Pamelor) was “significantly less effective” than a placebo and seven other antidepressants. Venlafaxine (Effexor) was correlated with an increased risk of suicidal thoughts and was poorly tolerated, along with Imipramine (Tofranil) and duloxetine (Cymbalta).

Risks of Antidepressant Use in Young People

Despite concerns that antidepressants might increase suicidal thoughts in some people, the researchers say unreliable data made it impossible to assess the correlation between suicidal thoughts and antidepressant use. For example, in four studies that compared paroxetine to a placebo, investigators officially reported just 13 (3%) of 413 suicidal events. Reanalysis of individual patient data in just one study found 10 such events (10.8%) among 93 participants.

No drug is without side effects, even when those side effects are mild and tolerable. Because many antidepressants appear to be largely ineffective in children, the study’s authors suggest these drugs may do more harm than good. They say children and teens taking antidepressants should be closely monitored, particularly when they begin treatment.