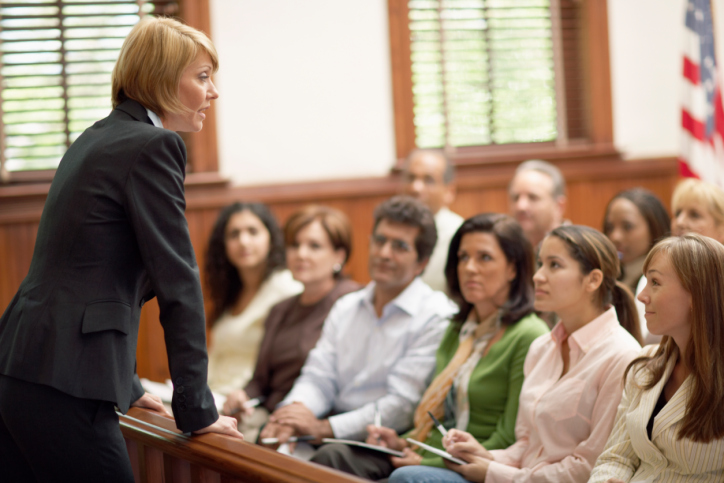 A juror’s gender may influence the extent to which other jurors defer to him or her. A recent study has shown men who express anger to get a point across are more likely to gain agreement, but when women express anger in the same way, they may lose influence.

The study, which was published in Law and Human Behavior, suggests the same angry behavior may be perceived differently based on the speaker’s gender.

Anger in the Jury Room: Who Wields Power?

Jury deliberations can be a contentious undertaking. A single juror can alter the outcome of a case, particularly if he or she convinces jurors to view the case or evidence differently.

To better understand influential behaviors during jury deliberations, researchers recruited 210 undergraduate students to participate in a computer-simulated mock jury deliberation. Each participant believed he or she was participating alongside five other participants, but the other participants’ actions were scripted. Each “jury” viewed a 17-minute presentation based on evidence in a real murder case. Participants read summaries of opening and closing statements, reviewed eyewitness accounts, and viewed photos of the murder weapon and crime scene.

Deliberations began with a preliminary vote. Then the group began exchanging messages to try to reach a verdict. Four of the five jurors agreed with the study subject’s verdict, but one disagreed. The holdout juror had a username clearly identifying his or her gender, and the other jurors had gender-neutral usernames.

Each scripted response contained substantially similar arguments. Some holdout arguments were presented angrily, and others were presented fearfully. The rest remained in a neutral tone. When the male holdouts expressed anger in their opinions, the participants’ willingness to change their minds about the verdict greatly increased. But when women expressed anger in the same way, participants’ confidence in their opinions increased.

The effect held true for both male and female study participants, suggesting even women are more likely to believe angry men. The study’s authors say their results are disconcerting, because people may become angry when they feel passionately about a subject. Thus, women’s passionately expressed opinions may be discounted by the general population for being too emotional, while men’s are granted more credibility.