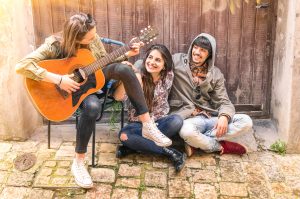 Children who take attention-deficit hyperactivity (ADHD) medication shortly after symptoms appear, and who continue taking medication for longer periods of time, may be less likely to engage in high-risk behavior as adolescents, according to research published in the journal Labour Economics.

In a sample of 14,000 teens, this translates into 512 fewer STD cases and 998 fewer cases of substance abuse. The study suggests ADHD medication could reduce the number of annual injuries sustained by children and teens younger than 19 by more than 6,000.

The Ongoing Debate Over ADHD Medication

Research findings regarding the benefits of ADHD medication are mixed. Though most studies show medication can treat the symptoms of ADHD, research into medication’s ability to reduce ADHD-related side effects is less convincing. A 2014 Journal of Health Economics article found ADHD medication was connected to decreased academic performance, undermined relationships with parents, and increased the risk of depression.

The American Academy of Pediatrics advises parents and physicians to try behavioral therapy for children with ADHD as a first step before considering other options, including medication. Statistics show a combination of therapy and medication is effective for 70-80% of children with ADHD.