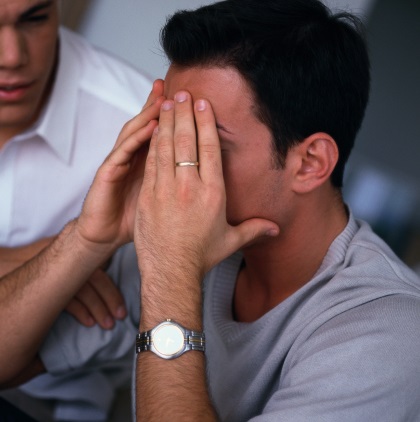 Members of oppressed groups tend to experience higher levels of stress due to the additional challenges of facing societal oppression. This is known as the minority stress model. Researchers found a higher rate of domestic violence among same-sex couples, and believe that the stress of life as a minority might help explain the increase in violence. Same-sex couples may experience violence and bullying in the outside world, for example, along with judgment for their relationships or ostracism by friends and family. Depending on where they live, same-sex couples may also have fewer rights than heterosexual couples.

Previous studies have looked primarily at lesbian relationships, but this review of literature found domestic violence among gay, lesbian, and bisexual couples. Among heterosexual couples, women are more frequently victimized by acts of intimate partner violence than men. Among men victimized by domestic violence, the stigma of victimization may inhibit victims’ willingness to report, the study’s authors explain. Men may not want to view themselves as victims or admit to having been victimized. Same-sex couples may also fear being involuntarily “outed” when they report abuse.

Each of these factors may lead to under-reporting among LGBT couples, and the authors of the review emphasize that medical providers need to be mindful of domestic violence among same-sex couples. Such awareness can equip them to intervene when they suspect abuse.