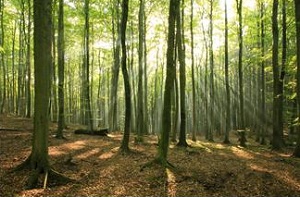 Anyone who’s read a Rudyard Kipling novel or watched a children’s cartoon fairy tale has been captivated by the idea of children who live in the woods and are raised by wolves. And while these accounts can seem fantastical, there have been several instances throughout history of feral children. In some cases, they spent a brief time in the woods after running away or being abandoned, while in other cases, these children were raised in the woods for brief or extended periods of time. Feral children almost always have trouble with language development, particularly if they’re found after the age of seven. But a new feral child case is unlike any other that’s been seen before and ends with a lawsuit.

Ten months ago, a boy showed up in downtown Berlin, Germany, claiming to have lived in the woods for the previous 5 years. He insisted that his father had died and that he had been told to head north to the city if he ever needed help. And head north he did, sparking a months-long investigation. The boy’s story was suspect from the very beginning. He wasn’t dirty and couldn’t provide any information about his name, birthdate, or place of birth. Yet he knew how to use a computer and claimed to be 17. For months, investigators tried to locate his parents, reasoning that if he was a runaway he’d eventually admit that he made the story up.

The boy ended up in the custody of social services, where his living expenses, food, and medical care were covered for months. But just this week, he finally admitted that he made the whole thing up. The feral boy, it turns out, was not feral at all, and was hardly a boy. He was 20-year-old Robin Vann Helsum, a Dutch man who created the hoax for reasons that remain unclear. He was finally discovered when former classmates saw his name on the news and reported his real identity to the authorities.

The story seemed too strange to be real from the very beginning, but much of Vann Helsum’s story lined up with popular narratives of feral children. He had amnesia about his early life, seemed uninterested in birthdays and not very interested in uncovering his identity. The reality of feral children, however, is often much different than the mythology of the trauma in the woods followed by selective amnesia.

Frequently, feral children aren’t produced by life in the woods at all. Indeed, some of them may never have been outside. The best-known feral child case involved Genie, a girl who was locked in her bedroom by abusive parents for the first 13 years of her life. Genie was never able to fully integrate into society and ended up in a mental institution after years of treatment failed to help her make progress. While Genie’s brain and health were normal, the lack of early socialization had inhibited her ability to develop into a normal adult.

Even without abuse, feral children struggle to adapt. In the few reported cases of children who were raised in the woods and lived among animals, the children almost always had language deficits that were not easily remedied. This suggests that language development is not a given; without the proper early environment, we may be incapable of ever learning language. The same is true of basic social skills, impulse control, and shame. Most children discovered living in the wild struggle to adapt and, in many cases, their story ends tragically in a mental hospital.

Fortunately for Vann Helsum, his story will not end in a mental institution. It may, however, end in jail. German authorities may charge him with fraud or sue him for the expenses incurred caring for him for 10 months.