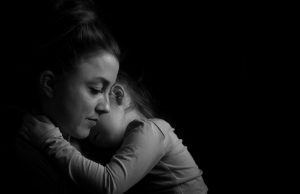 Once, a long time ago, I was on a crowded subway train, my nose stuck in a book to help me endure the crowds, the smells, and the noise. I had just started my job as a social worker, one of my first jobs, and I was on the way from Uptown Manhattan to the farthest end of Brooklyn, where I would visit a foster family caring for a child who had been abused. I knew a lot about child abuse literally firsthand—my parents had taught me plenty about it—and as an adult my mission was to help kids who needed someone in their corner.

So there I was on the train, enduring what would be a very long ride, when suddenly a woman started shouting at her small child, a girl about 5, and then began smacking her. Just as I was about to confront her, another woman on the train approached the yelling mother and said to her, “You look like you need some help. Anything I can do?” She spoke gently and made direct eye contact. She connected with the abusive mother.

I was shocked. How could this stranger be so kind to someone so apparently mean? How could she support the perpetrator?

I kept watching. The mother softened, loosened her hold on the child, and the child slowly began to relax as she felt the danger dissipate, at least for the moment.

Here was a real helper, I thought—not a counterfeit like me who didn’t much know what she was doing. I had wanted to swoop in and give a knockout punch to her mom. Not only would that not have helped, though, it would have meant I was an abusive person too. It would have made things worse.

I had a lot to think about. Clearly, this was my best social work lesson yet.

Over the years, as I continued working as a social worker, I saw more and more examples of child abuse. And while my top priority was always the safety and well-being of the abused, I began to understand that the people doing the abusing are also in need of help and support from their communities. Some have serious mental health conditions, some have addictions that affect their behavior, and some lack the skills and insight to be competent parents. Family violence has a pernicious effect on the abusive person, the person being abused, and even the people who witness abuse.

Foster parents are supported by the agencies that supervise them, and rightfully so. I wondered: What if natural families had support like that? Could more families be helped to stay together? Could abuse be stopped where it starts?

Foster care is a last resort; nevertheless, it is sometimes the only answer to protect children who need better care. But with proper assistance, education, and counseling, some people under some circumstances can develop into better parents, better aware of the roots and dynamics of abuse. Keeping families intact is a worthy goal. Foster parents are supported by the agencies that supervise them, and rightfully so. I wondered: What if natural families had support like that? Could more families be helped to stay together? Could abuse be stopped where it starts?

In the years that followed, I was able to soften my rage—first to the abusive parents I saw as their social worker, more slowly to my own abusive parents. With time, thought, and a lot of practice, the political and psycho-socioeconomic factors that lead to abuse became less of a list I knew in my head and more of a reality that I understood in my heart.

I asked myself: what would I have wanted when I was a child? My family could have benefited from psychiatric intervention. I also wished that the wise and kindly woman who had taught me so much on that train ride to Brooklyn could have made weekly visits to my parents’ house in Queens and let me know that someone was looking out for us all.

So how can you help stop abuse?