Sticks and Stones: Boost Self-Esteem to Cope with Rejection 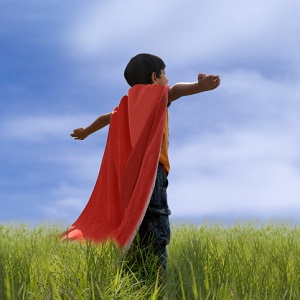 Social rejection is a reality most people face as they move through life. Whether as a child, adolescent, or adult, these experiences can be deeply wounding emotionally, psychologically, and even physically. For some, factors such as low self-esteem may influence their ability to cope with and respond to rejection.

Recent research explored how individuals respond differently to social rejection based on their self-esteem and ways of processing emotion (Kashdan et al., 2014). Daily online diary entries were collected from the participants for a period of three weeks to assess their levels of self-esteem and emotion differentiation. This was followed by one day of in-person neuroimaging brain scans, which were recorded while the participants received social feedback via a virtual ball-throwing game.

The virtual game involved a group of players tossing a ball around on screen, essentially. For the first round, the study subjects were included in group tosses. For the second round, they were blatantly excluded.

Not surprisingly, those with low self-esteem and “low negative emotion differentiation” displayed a “toxic combination” in response to social exclusion; their brain scans revealed high levels of social distress in the dorsal anterior cingulate cortex (dACC) and anterior insula in response to rejection. Negative emotion differentiation is defined as being adept at using “negative” emotions to “capture one’s felt experience” (Kashdan et al., 2014). So if a person is low in this capacity, it means he or she does not handle or process the negative feelings associated with rejection easily.

On the other hand, having high self-esteem is associated with a general sense of being included and accepted; if rejection does occur or negative social feedback is doled out, these individuals tend to experience less distress. Though they are not immune to the sting of rejection, their perception of how others feel toward them is more prone to being positive, and their coping strategies tend to be more effective.

Ultimately, the idea with emotion differentiation is that a person’s way of responding to and acting on emotion matters more from a behavioral perspective than the emotion itself. If someone experiences rejection, yet has a strong sense of self to fall back on, he or she is less likely to fall into depressive symptoms and isolation than someone who does not have a strong sense of self.

A similar study found that along with emotional distress in response to social rejection or loss, researchers observed activity in the area of their participants’ brains associated with physical pain, the posterior insular cortex. This suggests that not only does social rejection hurt on an emotional and psychological level, but it is also physically perceived in the body as pain (Sissa, 2014).