To Spank or Not to Spank 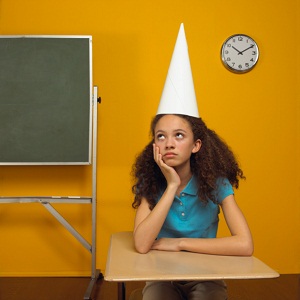 Previously, I defined discipline as meaning “to teach” or “to train,” the root being “to disciple.” I would like to expand on that because so often parents equate discipline with corporal punishment and automatically think they have to start spanking children when they are very young in order to “make them mind.” Frequently, parents will say that their parents spanked them and they turned out okay, so what’s wrong with it? Just because something works doesn’t mean it is desired.

I firmly believe that it is not only unnecessary to spank children, but that it is detrimental in several ways. First, parenting is not a role we play, it is a relationship process and hitting teaches children to fear the parent and breaks the strong attachment of love and bonding between them. Discipline is easier when the relationship is one bound by love.

Hitting and spanking is shaming and often results in children feeling bad about themselves, particularly if they are sensitive. They may become passive if they don’t rebel. Some children will become rebellious and revengeful toward their parents out of their anger over the punishment and will do things to get even with them. A revenge cycle between parent and child is devastating to both.

We want our children to develop self-discipline and self-control. Hitting is expedient and may stop the undesired behavior at the moment, but is an external form of control and does not help children develop self-regulation within. When hit, the child often feels angry and resentful toward the parent, thus the energy is projected outward and the anger toward the parent instead of learning  from what has happened.

Spanking does little more than to vent the anger of the parent. Usually the parent has lost control. Also, it models hitting when you are angry as the thing to do. Being hit tells children that it’s okay to hit people smaller than they are. The child may then think that it is okay for them to hit younger brothers and sisters and playmates. Studies show that the children who are hit the most are the most likely to purposely harm other people and things.

What about “Spare the rod, spoil the child?” If you haven’t read How to Really Love Your Child, by Ross Campbell, you must. He is a psychiatrist who has raised four children of his own and has counseled numerous parents over the years. His explanation of the verses in Proverbs from the Old Testament is one that I have always valued. He says that “the shepherd’s rod referred to in Old Testament scripture was used almost exclusively for guiding the sheep, not beating them. The shepherds would gently steer the sheep, especially the lambs, by simply holding the rod to block them from going in the wrong direction and then gently nudge them toward the right direction.” It is also my understanding that the shepherd was careful not to hit the sheep for that could damage the wool or cause injury to the valuable animal. Aren’t our children too valuable to hit?

So what do we do when our children misbehave? We think in terms of limits and consequences. There are a number of things we can do and I would like to begin with babies and toddlers. There is no reason to discipline an infant. Usually it is in toddlerhood when training really begins. This is a difficult age, as children are pre-verbal. I highly recommend the set of books by Louise Bates Ames and Frances Ilg, which has a book for each year of life up through age nine, with ages ten through thirteen included together. The first one is Your One-Year-Old, Fun-Loving and Fussy, then Your Two-Year-Old, Terrible and Tender, Your Three-Year-Old, Friend or Foe, etc. Each book discusses age-appropriate behavior and how to deal with undesirable behavior in a constructive way. You will find these books invaluable in understanding normal behavior for the age of your child.

© Copyright 2010 by Jackie Pearson. All Rights Reserved. Permission to publish granted to GoodTherapy.org.