February 15, 2014 • By Share Your Story contribution by Will Coley 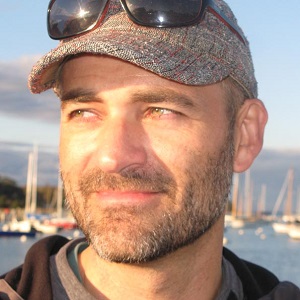 Making this radio story was good for me. That’s what my therapist told me. And I agree.

My father’s death in a plane crash has always been part of the story that my family tells about ourselves. I’ve lived with the repercussions of that story for 35 years, ever since I was 7 years old. I’ve discussed it in therapy but I hadn’t thought about the objective reality of the crash until recently.

Why did this take 35 years? It could have been kickstarted by a series of coincidences. But, as often happens with mental health, it was simply the right time. Therapy has been called the “talking cure.” But I’d never really thought that this could be augmented by making something (maybe a “creating or making cure”?). Together, these approaches brought me to a new understanding of this foundational story in my life.

I didn’t set out to “fact check” the story of the plane crash. It was more about meeting other people who had been affected by it. I decided to document this by recording what I found. These weren’t easy discussions, but recording with audio and not video meant that, even though I had their permission to record, we often forgot about the microphone. Then I had hours of audio recordings and had to figure out what to do with them.

When radio producers have the time, they often transcribe their interviews to find the best clips for the story. But since I had experienced these interviews, I resisted listening to them again. Instead I hired others to transcribe and used these transcriptions to draft a script for my editors. I also had several cassette tapes that I resisted listening to. As a result, I was one step away from the emotion of the story. Prodded by my editors (and my therapist), I started listening to and editing together all the audio I had. This listening and editing became almost therapeutic. I connected to it in a new way and I think this showed in my narration.

It was risky putting my story out there for the world to hear. But I’ve been reassured that I made the right decision. I’ve been amazed by the feedback and how people have connected with the story. I’m continually reminded that we learn from each others’ stories. I’d encourage you to consider doing the same with your own stories—to make sense of them and share this with others.

Learn how Will made his radio story, and how you can make your own, through his post on Transom.org.