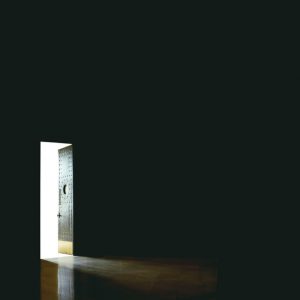 I recently worked with someone who had his heart crushed by an individual who led him on for months, asked for his help with various tasks, accepted an invitation to go on an official date, and then ultimately, on the “date,” said she doesn’t date.

Knowing the timeline and details, I had been confident this relationship was headed in a positive direction and wound up feeling disappointed at how it had crumbled to pieces, leaving us both stunned and confused. This happened to somebody who has done so much work in terms of gaining self-confidence and developing interpersonal relationship skills. Having an important relationship dissolve in an instant was devastating.

We processed the experience and the many questions that arose in our next session: Where did he go wrong? Why did she agree to the date in the first place? Did she not date in general or did she just not want to date him? Did her rejection not confirm his feelings of unworthiness?

As much as we could speculate, analyze the chain of text messages, and try to make sense of what transpired in the relationship, the frustrating truth was there was no logical justification for what happened or why this person treated him the way she did. At least not one he was ever going to be privy to.

He reached out for some clarification, but her responses were arrogant, passive-aggressive, defensive, and left no explanation for how he could have possibly misread her signals. Further, they changed his view of who she was and left it nearly impossible to continue their friendship. He grieved the loss, missing the person he thought she was.

We spent a good amount of time discussing what he should do next. He wanted answers that made sense, but instead he was being ignored. A part of him wanted to contact her, lashing out with his anger, to let her know exactly what he now thought of her. A part of me wanted to support him in doing that. I was appalled by her callousness. I was angry for him.

He wanted closure. At the same time, we both knew it likely wouldn’t accomplish anything. She wouldn’t change, her responses wouldn’t become any more enlightening or helpful, and there was probably no realistic scenario that would lessen his hurt.

The knowledge you were the better or stronger person, or you were mature enough not to burn a bridge, doesn’t feel like much of a win amid the pain and anger. But resisting the temptation to lash out or search for answers you may never get forces you to face the pain head-on.

When this kind of thing happens—when a relationship ends in hurt and anger, when we feel like the rug has been pulled out from under us, or when life doesn’t go the way we were hoping—we want an immediate sense of closure or justification. The desire for closure might be the temporary satisfaction of telling off the person who hurt us, gaining an apology, having the person change their mind, or getting some type of definitive ending that seems clean and makes sense to us.

But the reality is these things generally don’t make us feel better in the long run. Typically, they simply never happen. So the search for closure is often futile and results in wasted energy, more frustration, and a delayed ability to begin healing and moving on.

It takes a lot of strength to be the “bigger person,” to walk away with your head held high, and to resist the urge to give someone who has hurt you a piece of your mind.

The knowledge you were the better or stronger person, that you were mature enough not to burn a bridge, doesn’t feel like much of a win amid the pain and anger. But resisting the temptation to lash out or search for answers you may never get forces you to face the pain head-on. While highly uncomfortable, the sooner you acknowledge and accept the disappointment and hurt, the sooner you can begin to move forward. It may involve coming to terms with the fact sometimes things aren’t logical or fair.

Having the strength to walk away from a negative experience with a sense of grace and your dignity intact will likely help you to feel good about yourself in the long run. With time and some distance, you may discover the experience taught you a valuable lesson or helped you grow in a way only the most challenging of experiences could.