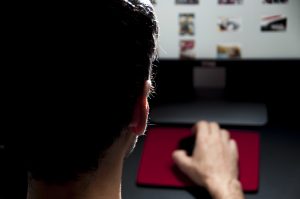 Soft-core pornography, such as images of semi-nude women, may produce sexist ideas in viewers and increase belief in rape myths, according to findings from a new study presented at the Annual Conference of the British Psychological Society’s Division of Forensic Psychology last week.

Compared to participants with low exposure to soft-core pornography, those with high exposure reported decreased sensitivity to pornographic images. This means they were less likely to view images as pornographic. They also had more negative attitudes toward women, and they were more likely to endorse rape myths.

Rape myths are false beliefs that blame victims, excuse perpetrators, or contribute to an unsafe culture. A number of recent high-profile cases—including that of Brock Turner, the man convicted of sexually assaulting an unconscious woman—have drawn attention to the power of rape myths to excuse abusive behavior. Common rape myths include the idea that alcohol turns people into rapists, that certain clothing or behavior can cause a person to be raped, and that a person who consents to some sexual contact has consented to all sexual contact.

“Rape myths include the idea that women say no when they mean yes, and that they must be talked into having sex,” Reagan said. “Coercion is not consent. People who believe rape myths may say that women often lie about rape. Rape myths ignore the reality of rape—that anyone, regardless of gender, age, size, or how they are dressed, can be victimized, and that perpetrators are often people who are known to the victim rather than strangers. These attitudes and beliefs contribute to the problem of victim-blaming, which can significantly disrupt a survivor’s healing process and limit successful prosecution of these crimes.”

Both activists and researchers have previously expressed concerns about hard-core pornography, particularly violent pornography. This study is one of the first to link tamer forms of pornography to sexist views.

The Omnipresent Nature of Pornography

Pornography is highly accessible, even to young people. One in five mobile searches are for pornography. Ninety percent of boys and 60% of girls are exposed to pornography before age 18. Research shows marital satisfaction may figure prominently in the decision to view pornography; happily married men are 61% less likely to seek out pornographic images.