Social Media Use Linked to Feelings of Social Isolation 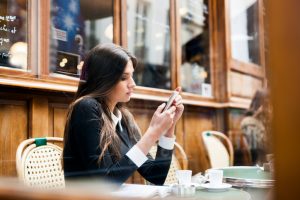 High levels of social media use are linked to greater feelings of social isolation, according to a study published in the American Journal of Preventive Medicine.

The study used a nationally representative sample of 1,787 people ages 19-32. Participants answered questions about their use of 11 social media sites, including LinkedIn, Facebook, YouTube, Snapchat, Vine, and others. They also took a survey measuring isolation, indicating the degree to which they agreed with statements such as “I feel like people barely know me.”

The study did not test for a causal relationship, so it is impossible to determine whether social media use causes isolation or is only linked to it in some way. Some other factor common to frequent social media users might contribute to isolation. For example, people might use social media more frequently in an attempt to combat loneliness or seek out social support. Social media use could also cause users to spend less time with others, triggering feelings of isolation.

Because the study relied on self-reports, it is impossible to know whether participants’ reports about their social media use were accurate. Likewise, it is unclear whether frequent social media users were more isolated than others or if they just felt more isolated in comparison to others.