Children in the Balance: Should You Rethink Your Parenting Style? 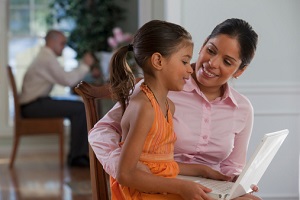 From infancy through young adulthood, our children’s consciousness of themselves is being forged, tenuously dangling between entitlement, insecurity and, we hope, a third and better option.

We have the responsibility as parents to provide a developmentally rich context in which satisfied needs for closeness and belonging are counterbalanced by increasing experiences of self-direction and significance. Mature parents successfully nurture both secure attachment and responsible autonomy.

In the 1960s, Diana Baumrind introduced us to three forms, or styles, parents embody:

Permissive parenting is characterized by an approach that is involved, nurturing, and accepting but with few demands or controls. Permissive parents are responsive to their children’s needs and wishes, but they may avoid confrontation by being permissive.

These parents may prefer to be the child’s friend over the parent in order to be liked and accepted. When there is a lack of consistent discipline or consequences, and typically there is, the pendulum swings between firmness and leniency. They may have come from a strict home and have vowed to not raise their children in that way.

Permissive parents (also known as indulgent) are responsive, but not demanding. Baumrind wrote, “They are nontraditional and lenient, do not require mature behavior, allow considerable self-regulation, and avoid confrontation” (p. 62).

Children of permissive parents often develop high high anxiety and compulsive thoughts and behaviors as they negotiate convictions without much guidance and few set limits. They must come to terms with the world’s structures and demands against the backdrop of their own unregulated experience of emotion, belief, and choice, and their underdeveloped capacity for self-control.

Strict parents (also known as authoritarian) want to be respected for their rules and provisions with no questions asked, either because this was how they were raised or because they feel unsure about their own parenting. Strict parents “value obedience as a virtue and favor punitive, forceful measures to curb self-will.” Strict parents are demanding but not responsive.

Children of strict parents often develop high anxiety as well as compulsive thoughts and behavior as they negotiate their hidden cravings for authentic expressiveness, unpracticed freedom of will, underacknowledged emotional processes, and an underdeveloped capacity for self-direction.

Democratic parenting is a balanced approach characterized by high expectations for maturity and compliance to parenting rules while allowing an open dialogue about those rules and behaviors. Democratic parents at once encourage indepence and place limits and controls on their child’s actions.

These parents directly balance their children’s rights and privileges with their ability to take responsibility and demonstrate good judgment. They set clear standards for their children, monitor the limits they set, and encourage their teens to develop autonomy by letting them make decisions.

In short, democratic parents (also known as authoritative) achieve the right balance in facilitating freedom and responsibility. Democratic parents are demanding without exerting psychological control and emotionally responsive without losing behavioral control. Democratic parents do well at explaining the reasoning behind the rules, limits, and consequences they impose. This approach, known as inductive discipline, has been correlated in research with the development of prosocial behavior and more advanced moral reasoning skills.

Baumrind said that democratic parents “monitor and impart clear standards for their children’s conduct. They are assertive, but not intrusive and restrictive. Their disciplinary methods are supportive, rather than punitive. They want their children to be assertive as well as socially responsible, and self-regulated as well as cooperative.” Democratic parenting requires that parents themselves have a well-developed prowess for both self-control and self-direction. Often these parents are mindful and conscientious individuals who have a balanced set of internal, family, and community resources.

Similarly, it has been shown that when parents are more reprimanding of their children’s academic mistakes, children are more likely to struggle with problem-solving processes and learning.

The firm, yet friendly approach taken by democratic parents nurtures social and academic competence, facilitates the development of moral decision-making faculties, and teaches kids to live within healthy limits and to tolerate reasonable controls, nurturing a capability for both self-control and self-direction. It is clearer than ever that parents who balance an ability to be demanding in their expectations, while remaining firm in discipline, alongside the nurturing practices of accessibility, affection, and emotional responsiveness raise more confident, competent, and resilient children.