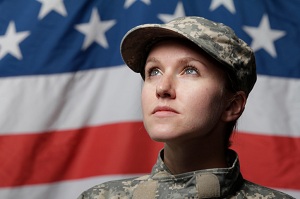 A research report released in late October by the VA (Veteran’s Administration) states that 15% of military personnel who received some medical service from the VA suffered sexual trauma while in Iraq or Afghanistan, according to Reuters. The majority of those who screened positively for sexual trauma were women.  One in seven sought some form of VA service after leaving the military.

The VA documented that one percent of men discharged from the military reported sexual trauma. All VA medical service users are screened for sexual trauma. “Sexual trauma” is defined as psychological disturbance related to an unwanted sexual advance, including sexual assault and severe sexual harassment.

The study found that this group were one and one-half times more likely to require mental health treatment. The study was conducted at the VA Palo Alto Health Care System in California. Rachel Kimerling of the National Center for Posttraumatic Stress Disorder at the Palo Alto VA, noted that not only can sexual trauma result in post-traumatic stress disorder (PTSD), but also in substance abuse, depression, and anxiety.

About 40% of men and women who left the military during the time period following Afghanistan and Iraq war duty sought medical services (of any type) from the VA. Kimerling is concerned that some discharged veterans may not know they can get effective treatment for sexual trauma through any VA medical center. This is important information for families of veterans, and psychotherapists, mental health counselors and medical professionals outside of the VA system, too.

Families can help their returned veterans get the treatment that might be needed. Mental health and medical practitioners can implement screening for sexual trauma. Professionals assisting veterans should be informed on the high-risk possibility of sexual trauma among female veterans of wars in Iraq and Afghanistan.