The Importance of Addressing Sexual Issues in General Therapy 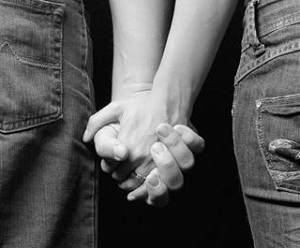 In therapy, many issues are covered, but sex may still be an uncomfortable topic for many clients and even therapists to talk about. Yet many people have sexual issues that need to be resolved in order for life to be the most fulfilling that it can be.

In general therapy, there may be an uncomfortable attitude in regard to clients and therapists talking about sex, an uncertainty of what constitutes sexual issues (considering there is a wide range of acceptable sexual behaviors, experiences, and attitudes in the modern world), and possibly a lack of guidelines for how to address sexual issues that may be occurring in client relationships.

Some experts have offered opinions and guidelines that general therapists might find useful in addressing sexual issues in therapy.

Sara Rosenquist, a board-certified clinical health psychologist who also specializes in sexual and reproductive health issues, said in an email that her clients tend to seek her out specifically for sexual issues, but she realizes this is not the case for many general therapists. “A whole lot of marital therapists are uncomfortable talking about sex, so they don’t ask or they don’t create the kind of climate in their sessions that would give patients the idea that they can talk about anything or bring up sexual issues,” Rosenquist said.

She said that she has certain ways that she approaches sexual issues with clients. “When I’m doing marital therapy with a contentious couple, I may ask outright about their sex life, or they might bring it up,” Rosenquist said. “But I don’t go fishing … I operate under the assumption that I am to work on the goals the patient brings to me with the material the patient brings to me.”

She said for certain mental health issues, it can be likely that the clients also have sexual issues to address. “If a patient is on antidepressants, there is about a 67 percent chance that they have sexual side effects, such as inability to orgasm, which is very frustrating and causes people to avoid sex to avoid the frustration,” Rosenquist said. “If one partner is depressed, there is a 50 percent probability that the other one is, too, and a high probability that the relationship is affected, particularly the sexual relationship.”

She thinks it is best to bring up the topic of sexuality with clients so they feel comfortable talking about it. “My advice to therapists would be to make it a practice to ask directly about sexual concerns and sexual side effects, thereby giving a clear message that you can talk about this in here,” Rosenquist said. “Most general therapists would avoid learning about ‘unusual’ sexual experiences because they are frankly not equipped to deal with it and they don’t want to lose the patient.”

She said that therapists also need to think about what their limits are in regard to treating sexual issues. “It is frustrating to me when the therapist sends them to me ‘just for the sex part’ instead of allowing me to treat the whole couple,” Rosenquist said. “Ethically we are supposed to know the limits of our competence, but in real life people are reluctant to refer out, and most feel that if they have sex, they’re competent to treat sexual concerns. And most couple therapists feel that if you treat the couple communication issues, the sex will fix itself. I find that often the opposite is true—that the sex difficulties are an important lightning rod, and if you treat that the communications improve.”

Along with therapists realizing their competencies in addressing and treating sexual issues, it’s important for them to avoid misdiagnosing or making assumptions with clients who have sexual issues. For example, just because a woman has multiple sex partners or has sex more often than other women, therapists should not jump to conclusions that she has sex addiction.

“A lot of general therapists lump ‘unusual sexual practices’ together as ‘sex addiction,’” Rosenquist said. “Doing so is not helpful. For one thing, ‘sex addiction’ is not in the DSM—but a variety of sexual practices/appetites behave as if addictive. Many variant arousal patterns and even some high needs for sexual contact/release interferes with genuine intimacy because the person is usually ‘scratching an itch’ (using sex to calm anxiety or satisfy a compulsion) and the sex becomes not so personal. Whenever sex becomes about scratching an itch for one person, it will kill desire in the other, and this, in turn, damages the relationship.”

Barbara Gross, a licensed master social worker and a sexual counselor for the Medical Center for Female Sexuality, said in an email that there are four basic categories of female sexual dysfunction that therapists can be aware of: desire, arousal, orgasm, and pain.

Here are her explanations of each category:

Arousal: “We explain arousal as the body’s ability to become lubricated and to experience heightened sensitivity or tingling in the genital area. Generally when a woman gets turned on, her vagina becomes wet and amenable to further sexual contact. If lubrication is not happening, a woman would be described as having hypoarousal. If a woman is in a constant state of arousal, she would probably be diagnosed with persistent genital arousal disorder.”

Orgasm: “An orgasm is a natural release of sexual tension through a series of muscle contractions that produces a pleasurable sensation. There are two types of anorgasmia, primary and secondary. Primary means that the individual has never had an orgasm. Secondary means that they were once able to have them but the individual is unable to have them now.”

Pain: “Women with vaginal pain generally have one of two types of sexual dysfunction. Vaginismus is the inability to have vaginal penetration. Vulvodynia is generally pain on the outer part of the vagina. Women most often describe it as a burning pain, though it is sometimes experienced as itching or general discomfort.”

There is a whole section in the Diagnostic and Statistical Manual of Mental Disorders (DSM) on sexual and gender identity disorders for therapists to refer to as well, and different associations are devoted to sexuality research, information, and careers, like the American Association of Sexuality Educators, Counselors and Therapists and the Society for the Scientific Study of Sexuality. These are all possible resources for therapists in regard to sexual issues.

Gross thinks there needs to be work on guidelines in general for therapists on addressing and detecting sexual issues. “I don’t think there are good guidelines for detecting and addressing sexual issues,” she said. “Many women suffer for years without being properly diagnosed or treated. For low desire they are often told to relax, take baths, and drink wine. These suggestions are ludicrous and result in further frustration and hopelessness.”

There are treatment options available for low desire, arousal and orgasm difficulties, and painful intercourse, she added. All of these sexual issues can be caused by different factors, so she said a comprehensive assessment is needed to look at psychosocial and physiological factors.

“In regards to pain, intercourse simply should not be painful. That is the basic guideline,” Gross said. “If you are having pain during intercourse you should seek help. Women often feel it is something that will resolve itself. We generally do not find that to be true. Both vaginismus and vulvodynia are treatable. If you have difficulty inserting a tampon, getting a pelvic exam or find penetration to be difficult or painful, seek help.”

She said certain myths need to be dispelled as well, including these most common ones she has dealt with:

Myth Number Two: Oral contraceptive pills have no negative side effects. “For millions of women, the pill is a great form of contraception. For women who are susceptible to sexual dysfunction, the pill can wreak havoc on your body. It can destroy your libido, deprive your vaginal tissue of necessary hormones for vaginal health, which in turn can cause pain. And it can reduce sensitivity in your clitoris. I believe this information should be shared with women when the pill is prescribed, and most often it is not.”

Myth Number Three: Sex is easy. “Good sex is a process of exploration both with yourself and with a partner. Like learning to read, good sex takes time, and you have to [learn] the basics first. You have to start with knowing your body and what feels good, and then you have to explore what feels good with each partner you have. It is not like it is in the movies. It is not a seamless scene without starts and stops and embarrassing moments. However, if you take the time, learn about yourself and who you are with, it is obviously one of the best parts of life.”

What are certain guidelines or information that you think would be useful for general therapists to have or know in order to address sexual issues in clients?

Related articles:
Dealing with Sex and Relationships in Recovery
Depressed by Disappearing Libido?
Sex and Anti-depressants