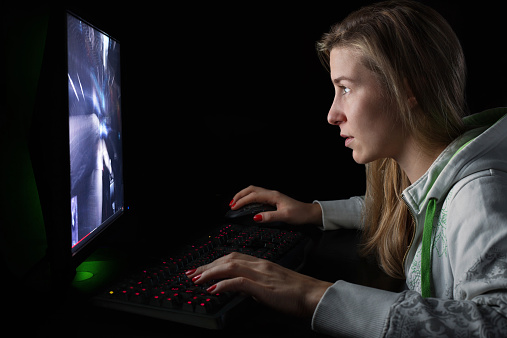 Online sexual harassment of women may have longer-lasting effects than other forms of online abuse, according to a study published in New Media & Society.

The Effects of Online Sexual Harassment of Women Gamers

The study surveyed 293 female video game players. Participants had an average age of 26, and they averaged 13 hours of online game play each week. Researchers asked about general harassment, such as name-calling and other forms of “trash-talking” that can be common on video games. They also surveyed participants about their experience with sexual harassment.

Players easily dismissed generalized insults after the game ceased, but sexual harassment was harder for them to stop thinking about offline. Not only did this harassment upset them more than other abuse; it also continued to upset them even when the game ended.

Players engaged in several strategies to avoid sexual harassment, including pretending to be a different gender or using a gender-neutral avatar. Some women also adopted strategies for dealing with the effects of the abuse, such as seeking support from friends offline.

Although players did not seem to believe gaming companies should stop general harassment, they did blame those companies for inadequate efforts to end sexual harassment. Women who thought companies did not do enough were more likely to quit playing altogether.

Jesse Fox, a communications professor at The Ohio State University and the study’s lead author, said women players understand the culture of insults that often surrounds game play, but being targeted solely because of their sex is a different matter that leaves many women frustrated with gaming companies.